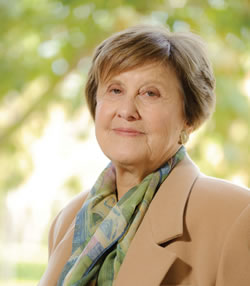 I have been teaching an undergraduate seminar at UCLA called NUCLEAR POWER: Power Plants and Weapons of War. The students are not physics majors but come from other departments including social science and engineering. It is a stimulating and rewarding experience–very different from teaching a physics class.


In an undergraduate physics class generally the subject matter taught allows no time for critical discussion. The time for useful critical discussion of such subjects was in the nineteenth century and before. In my class  the first few weeks I spend on teaching physics–some basic physics that the students need to know to learn to be able to speak quantitatively about energy and power and how they differ, and about power production from uranium and plutonium fission as well as other more conventional fuels. For nuclear fission as power source, the basic physics of that is the same for power plants and nuclear bombs.

Of course the engineering of generating useful power is worlds apart for slow controlled releases and explosive releases. In the class we do not discuss how these are engineered other than in very primitive outline. Instead the class is challenged to engage in thoughtful discussion of controversial topics that may be of current interest to the students, such as the current status of nuclear weapons stockpiles globally, arms control, and lessons learned from the Fukushima-Dai-ichi, Chernobyl, and Three Mile Island disasters.

Students choose from a small list of topics for class discussion and then individual students pick a subtopic for a five minute report to deliver to the class that each will prepare with my guidance. The reports are required to consist of factual data with references and conclude with an expression of his/her opinion based on those data. I feel this experiment in education has worked out very well. What makes this format possible is that the enrollment is limited to twenty students.

As I am an emeritus professor teaching only this course, I have spent quite a bit of time preparing background material for the students. I teach them elementary atomic and nuclear physics leading up to and including properties of the isotopes of uranium and plutonium and the fission of 235U and 239Pu. I summarize briefly the history of the making of the atomic bomb, recommend they read more in Richard Rhodes’ book, The Making of the Atomic Bomb, and show some of the classic photos of Hiroshima and Nagasaki days after the bombing.1 The only one of these the students had seen were those of the mushroom cloud. When students with family connections to survivors of the bombings were in the class, only they knew some details about their effects. To the others they were ancient history.

Recently Norris and Kristensen2 published estimates of global nuclear weapons inventories at the end of each year from 1945 to 2010. For presentation to my class I graphed these data.

Seeing the curves astounded the students and me. Three of them are shown in Figure 1. The sizes of the 2010 inventories range in order of magnitude from ten thousand to 10. The inventories of Russia and the United States together make up 95% of the total. A table of Norris and Kristensen data is shown also.

Many of my students did not know much if anything about the cold war between the US and the USSR. As can be seen in Figure 1, it began to close down around 1991. This was before many of our college students were born.

The downward trend of the curves in the early 1960’s followed the atmospheric test ban treaty, officially known as the Partial Nuclear Test Ban Treaty ratified in 1963. The ratification followed upon considerable public pressure from the scientific community and others, particularly following the 1961 publication of Louise Reiss’s study3 of baby teeth. She led a study which tested thousands of baby teeth of boys born in St. Louis around 1960. The study measured concentration of 90Sr, an isotope of strontium with a half life of 28.79 years generally made in nuclear explosions. Its chemistry is similar to calcium. When ingested by living things it is deposited in bones and teeth. Her study found the children in St. Louis had 50 times as much 90Sr in their teeth as children born in 1950 before most of the atmospheric nuclear bomb tests.

Reacting to the sense that many young people have that somehow physicists are synonymous with bomb builders, I felt obliged to tell them that there were many physicists, among them Niels Bohr, Leo Szilard, and Albert Einstein who endeavored to prevent our use of atomic bombs as weapons in World War II once the defeat of Germany was in sight. In 1944 it was clear that neither Germany nor Japan could or would manufacture such weapons.

Niels Bohr came to the U.S. in 1944 and traveled to Los Alamos to express his concern that when the feasibility of nuclear weapons became known, it would initiate a nuclear arms race. He said this was why he had come to Los Alamos. He didn’t think his physics knowledge was needed there because he knew there were enough good physicists there already.4

In his effort to try to head off a postwar nuclear arms race, Bohr spoke with President Roosevelt and suggested that the international community in due course be informed of the technological achievements at Los Alamos. FDR was sympathetic but asked him to “see what Winston had to say about this.” Bohr traveled to London and had an unsuccessful meeting with Churchill. Subsequently, in September 1944 at Hyde Park, Roosevelt and Churchill signed their official Aide-Memoire5 saying in part, “the suggestion that the world be informed regarding Tube Alloys [The Manhattan Project], with a view towards international agreement regarding its control and use, is not accepted.”

In December 1944 Einstein wrote to Bohr6,
When the war is over, then there will be in all countries a pursuit of secret war preparations with technological means which will lead inevitably to preventive wars and to destruction even more terrible than the present destruction of life. The politicians do not appreciate the possibilities and consequently do not know the extent of the menace. I share your view of the situation…

It seemed to us that there is one possibility, however slight it may be. There are principal countries scientists who are really influential and who know how to get a hearing with political leaders. There is you yourself with your international connection, Compton in the USA, Lindeman in England, Kapitza and Joffe in Russia, etc. The idea is that these men should bring combined pressure on the political leaders in their countries in order to bring about internationalization of military power–a method that has been rejected for too long as being too adventurous. But this radical step with all its far-reaching political assumptions regarding extra-national government seems the only alternative to a secret technical arms race.

Bohr deeply believed, along with Einstein, in internationalism; i.e., that international agreements foregoing some aspects of nationalism among the nations of the world were essential to the peace.

Nielson recalls Bohr saying,3
We must be internationalists, and in science we succeed fairly well. All peoples and races are essentially alike; the differences are in their traditions and backgrounds… Every valuable human being must be a radical and a rebel, for what he must aim at is to make things better than they are…

In the war and post-War II period other prominent and distinguished physicists disagreed with this idea. One was Nobel Laureate Arthur H. Compton who in 1941 was Chairman of the National Academy of Sciences Committee to Evaluate Use of Atomic Energy in War. His investigations, carried out in cooperation with Enrico Fermi, Leo Szilard, Eugene P. Wigner and others had led to the establishment of the first controlled uranium fission reactors, and ultimately, to the large plutonium-producing reactors which produced the plutonium for the Nagasaki bomb. Arthur Compton’s political philosophy was very different from Bohr and Einstein. In 1946 he suggested how to keep the peace in an essay entitled, “The Moral Meaning of the Atomic Bomb,” published in the collection, Christianity Takes a Stand. He wrote,

It is now possible to equip a world police with weapons by which war can be prevented and peace assured. An adequate air force equipped with atomic bombs, well dispersed over the earth, should suffice… we must work quickly. Our monopoly of atomic bombs and control of the world’s peace is short-lived. It is our duty to do our utmost to effect the establishment of an adequate world police… This is the obligation that goes with the power God has seen fit to give us.

Despite the arguments against wartime use of the atomic bomb put forward by Leo Szilard, James Franck and other Chicago scientists reported in the June 1945 Franck Committee Report7, President Truman’s Scientific Panel composed of Robert Oppenheimer, Enrico Fermi, Arthur H. Compton, and Ernest O. Lawrence found on June 16, 1945 “no acceptable alternative to direct military use.”5

Commenting on his collaborations with Enrico Fermi on neutron induced fission of uranium, Szilard recollected,

Fermi is a scientist pure and simple. This position is unassailable because it is all of one piece. I doubt he understood some people live in two worlds like I do. A world, and science is a part of this one, in which we have to predict what is going to happen, and another world in which we try to forget these predictions in order to be able to fight for what we would want to happen.

In the seminar I’ve been teaching it has been important to me to acquaint the students with the variously different positions physicists in America took from 1944 onward both rejecting and supporting an ideological framework of governments in which national interests prevail.

Furthermore I believe it important to recognize the folly that was the nuclear arms race of the cold war, particularly now as we are seeing nuclear arms races emerging among various nations of the world.