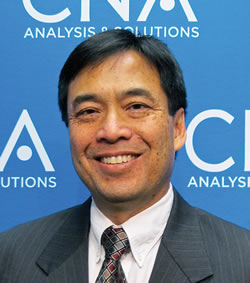 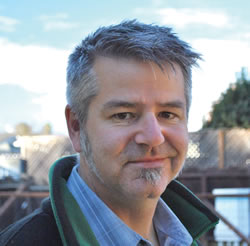 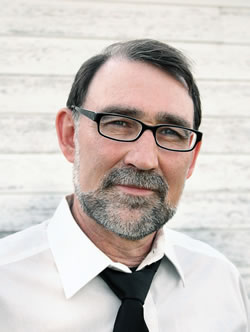 The middle seat sucks and the food is lousy or nonexistent. But why should you complain? You are flying in a gigantic tube made of tons of steel and aluminum at speeds around 500 miles per hour more than 30,000 feet above Earth. And you are doing it relatively safely and efficiently because of the principles of physics and the many principal physicists who work in various wings of the aviation industry.

From designing and building the avionic technology that ensures the plane’s sensors know where it is, to managing and analyzing air traffic systems, to flying the jets themselves, physicists make more of an impact on this multi-billion dollar industry than you may first realize.

Brad Ng is just one example of a physicist working behind the scenes to make your flying experience more friendly. As the Vice President of the Air Traffic Division of CNA, the umbrella company for the Institute for Public Research and the Center for Naval Analyses in Alexandria, VA, Ng leads a team of 26 scientists, including six physicists, to examine and solve problems relating to managing and controlling air traffic for the FAA. He was recruited by CNA 23 years ago after receiving his bachelors in biophysics from UC Berkeley and a PhD in Chemistry from UCLA. Although his original focus was on naval and Marine Corps technology problems, in 1992, when CNA started taking on projects for other agencies, Ng joined the team responsible for investigating and solving air traffic challenges for the FAA.

His current position involves, in part, overseeing the work of analysts who are examining the operations of the FAA. Their work involves creating computer models that scrutinize air traffic data in an effort to understand the root cause of system delays. Typical problems involve analyzing a future season’s airline schedules and anticipating where these will change the stress points in the overall air traffic network. Ng acknowledges the benefits that physicists bring to this unique problem set. “Physicists are very disciplined and methodological,” says Ng. “Physics is one of those disciplines that teaches you how to solve problems employing a highly disciplined scientific approach. We look for this when we hire people.”

Walter Stockwell, whose doctorate is in astrophysics and who has worked in the avionics arena since 1996 designing sensors for aircraft, concurs that his education has made a huge difference in his problem-solving approach. Not only does his background aid him with the technology design and testing (his company, Moog Crossbow, builds solid state MEMS gyroscopes), but it also helps him the area of general problem-solving. “The physics degree helps me have an analytical approach to problems,” he says. Stockwell is able to “break problems down and know what is important and what’s not, take real data and quantify it,” he says.

One of Ng’s recent projects highlights the importance of having physicists with these skills. In preparation for the trial of the “underwear bomber,” the FAA Legal Department and U.S. Department of Justice commissioned CNA to reconstruct the air traffic near Detroit on Christmas Day 2009, when the bomber tried to detonate an explosive device. Ng’s team’s charge was to analyze the impact that the attempted bombing had on air traffic that day, as well as to study the consequences had the detonation caused the flight to crash into the Detroit suburbs. He and his colleague, who holds a degree in astrophysics, examined the FAA’s radar data from that day (and “normal” days for comparison) and reproduced four dimensional images of the flight paths of every aircraft within a hundred miles of Detroit. Their findings clearly illustrated how the bomber’s actions put lives in danger that day–in the airplane, on the ground, at the airport, and in several other aircraft over Detroit.

The ability to create a picture of aircraft moving through space and time has also aided Richard Schmidt in his 17 years as an air traffic controller. Schmidt, who holds a bachelors in physics and mathematics from Minot State College in Minot, ND, originally taught high school for several years after he graduated in 1984. But on a “whim”, after seeing a newspaper ad for a job for an air traffic controller, he applied for it, passed a required aptitude test, and was offered a position. As an air traffic controller at small airports in Indiana and North Dakota, he supervised air traffic visually because the airports had no computers to assist them. “We had the pilot position reports and our eyes,” he describes. “It was strictly old school: It was all about vectors. I had to figure out a 3D dynamic picture in my head, to keep the aircrafts separated so their vectors would not cross.” The fact that he had studied physics, something which most controllers do not have in their tool box, gave him a significant advantage in these situations. After almost 20 years as a controller, Schmidt transferred to radar maintenance. “Now my physics degree became essential. It was excellent preparation for this type of technical work.”

Today, despite the fact that the aviation industry is computer-driven, the ability to mentally pinpoint the locations of aircraft in space is still a skill treasured by pilots. And for Nathaniel (not his real name), who is a commercial airline pilot and a university physics researcher, his physics education has served him well in this capacity. “Flying at night (especially), I have to figure out where I am in space,” he explains. And “I have to see it in a blink of an eye.”

Although Nathaniel agrees his knowledge of physics has helped him, he concludes that it may actually be a hindrance in some situations. “I don’t see a huge advantage of having a physics degree,” he says. “As a physicist you tend to question everything. But here you do everything by the book, and don’t ask why.” For example, before a pilot can take off, he must determine the weight of the aircraft he is flying, and for commercial craft, it must be within certain parameters. Nathaniel’s expertise in physics tells him that there is “leeway” in terms of the weight, and that the plane could fly safely if it was over by a certain number of pounds. But legally, “if you are one pound over, you don’t take off, ever,” he says. The same thing goes with the temperature. “I would be perfectly comfortable flying” a few degrees above what the FAA declares as the mandated temperature level for safety, says Nathaniel. “But if I go one degree over, you don’t fly or you may end up in jail.”
Nathaniel observes the problem as either you can fly or you can’t, depending on temperature or load weight, whereas the FAA policy adds gray to the issue by circumventing the science. Ng notes a similarity in how his team approaches problems in air traffic control management. “The physics guys are the most ‘black and white’ of the staff,” he says. “When they look at a problem they look at it as yes or no. But the government has a lot of gray.” This can be a challenge for the physicists, he continues. “The squishiness of it makes the physics guys uncomfortable,” says Ng. “The policy aspect may add grayness, and ‘black and white’ doesn’t play…You have to realize that the answer you give is the best one you can but there may be gray…(physicists) are used to looking at a problem, getting a result and that’s it. They look at benefits and achievements. But here, (the solution) may not be implemented for other reasons.”

With all this inside knowledge about the aviation and airline industry, do these physicists still enjoy flying? Nathaniel, who was an airline instructor for 10 years before becoming a commercial pilot in 2006, clearly loves it–he does it every weekend as he manages his dual-career. When Ng flies, he likes to listen in on the conversations between flight crew and controllers using the airlines’ onboard entertainment system to hear what’s happening in the cockpit. He declares “I very much enjoy flying,” in part because he understands what the pilots are talking about. Listening to the pilots’ chatter helps him make decisions about his own personal travel arrangements and stay relaxed on delayed flights. “I know when and where to fly,” he says, with a wink.