Physicists Take the Plunge as Entrepreneurs 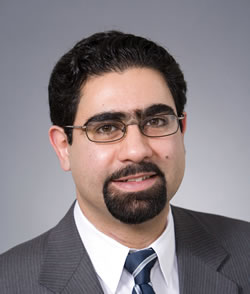 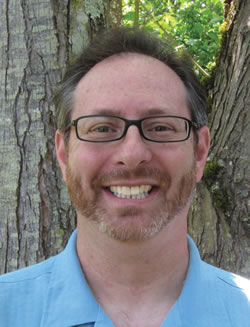 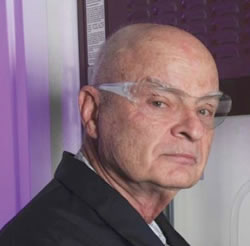 A cabal of cacophonic college kids inspired Shahriar Afshar to become an entrepreneur. It was 2004, and the physicist was serving as a visiting professor at a college, temporarily residing in the dorms. “It was summer, and the kids loved playing video games and listen[ing] to loud music, which shook the whole building. At the time I was in a fierce fight with colleagues, and writing response papers to their critiques of my work, and had to find a way to allow the kids [to] enjoy their games without shaking me out of my wits!”

Afshar “gave it a few hours of thought” and came up with a winning idea that would give people the opportunity to essentially “feel” the sensations of video games and music without the noise. The device, which he named KOR-fx, and around which he eventually formed the company Immerz, Inc., is worn over the chest and uses haptic feedback. Pulses from the apparatus “sync” up with audio waves, sending low-frequency vibrations into the chest cavity, giving the user the sensation of “rain, wind, bomb blasts, or the quaking of T-Rex’s footsteps in Jurassic Park,” according to a recent article in Delta Sky Magazine. In addition, the unit allows users to feel the bass line in music without “cranking up the stereo.” KOR-fx debuted to rave reviews at the 2010 Consumer Electronics Show, and has been featured in Popular Science and Cnet as a way to experience music, television, and gaming in “4-D”. “Frustration was indeed the mother of this particular invention,” writes Afshar, who still holds a faculty position at Rowan University.

Andrew Leker, who received his bachelors in physics from the University of California at Berkeley, is another entrepreneur whose arena is gaming. Currently the CEO of Electrified Games, Inc., Leker has been obsessed with video games and programming since he was in 7th grade. When he was a junior in college, he and his sister formed a publishing company and started selling role-playing books that he designed and wrote. He was so focused on his business, that when a professor asked him if he wanted to work in his lab, Leker declined and the faculty member “looked at me like I was crazy,” he says.

After graduation, rather than pursue an advanced degree, Leker immersed himself completely in the company, despite the fact that “we were good at the games, but not business and we were not financially sophisticated,” he notes. But his brother-in-law, one of the founders of Autodesk, partnered with him to form a software development company based on the books he had been penning. Leker labored for five years to design and program the game that eventually became the flagship of his new enterprise, Electrified Games. In 1994, the video game, called Alien Logic, was published and was named the Best Role Playing Game of the Year by E3 Magazine.

Today, Electrified Games has 33 full-time employees and focuses on producing games for various brands such as Disney, Pokemon, Visa and the NFL, for various platforms such as Facebook and mobile devices.

Like Afshar, Leker, and many other entrepreneurs, Edward Flynn, a nuclear physicist who worked at Los Alamos National Laboratory for 38 years, saw a problem and knew his unique skill set could help conquer it. His wife was diagnosed with breast cancer and he pondered whether he could develop a better detection tool using nanoparticles and magnetic sensors. He created a technique in which a patient is injected with iron oxide nanoparticles coated with antibodies, which adhere to specific cancer cells present in a tumor. The patient is then subjected to a small magnetizing field that aligns the metal nanoparticles and when the field is discontinued, the nanoparticles emit a magnetic signal. This emitted signal is detected by superconducting quantum interference device (SQUID) sensors. The resulting signal measurement can show doctors “how many metal particles, and therefore how many cancer cells, are present, and where in the breast they are located,” according to a recent article featuring Flynn by Shirley S. Wang in The Wall Street Journal.

Since Flynn’s innovation requires only a very small number of cancerous cells to be present, approximately 100,000, as opposed to several million cells needed for a mammogram, it allows tumors to be detected  much sooner. “The system can detect a breast cancer tumor with 100% accuracy up to three years earlier than a mammogram can,” he states. It also enables treatment to be monitored more closely, as the number of cells present can be measured to assist the doctor in the detection of metastasis.

Flynn first fiddled with magnetizing coils in his garage, and eventually applied for a Small Business Innovation Research (SBIR) Grant, which is overseen by the US Small Business Administration. The SBIR program is designed to foster high-technology innovation and economic growth and is a common early funding source for technology-driven ventures. “When I got the funding, I realized this might work, based on all the physics I knew,” he recalls. He founded a company, Senior Scientific LLC, in 1998 to begin the process of advancing the idea, and serves as its CEO. He is now working with Manhattan Scientifics to commercialize the technology and bring it to market.

Although the idea of having your own company or product line can be tantalizing for anyone, for physicists, there can be many surprises. “As an academic, your world of interactions is fairly well-defined, and tasks are pretty routine,” notes Afshar. “As a businessman who also leads the R&D side, one minute you are solving multi-cavity resonance equations, and the next Skyping with an Asian manufacturer, all the while being cognizant of fundraising for the next phase of the expansion. Super-multitasking was initially a major challenge, but it seems I’ve got the hang of it now.”

Starting your own company “is certainly a scary thing to do,” notes Flynn, “but the rewards of using your knowledge for this purpose are great.”

Edward Lipson, Professor of Physics and Kauffman Entrepreneurship Professor at Syracuse University, has experienced those rewards two times over. He is CEO of two companies, MindTel, LLC (founded in 1997) and SenSyr, LLC (spun off from MindTel in 2003). MindTel’s main activity is in telemedicine and global humanitarian assistance. Recent projects involve disaster response and stability operations. The firm is supported by federal subcontracts and is currently active in Afghanistan, working with schools and hospitals to improve education, healthcare, and communications infrastructure, he says.

Lipson, whose background is in biophysics and whose current research involves medical imaging, explains that SenSyr’s electronic interface technology was originally developed, under MindTel, as assistive technology for individuals with severe physical disabilities. “But now we are using the same approach in green and smart building technologies,” he says, working closely with the Syracuse Center of Excellence in Environmental and Energy Systems. A true serial entrepreneur, Lipson co-founded, in April 2011, a third company, IndoorControls LLC, focused on environmental systems in buildings, to promote energy conservation and improved work performance and comfort.

For these entrepreneurs, a background in physics couldn’t have been more helpful. “Physics provides one with the deepest level of understanding of natural processes,” writes Afshar. “As theoretical physicists, we are used to coming up with hundreds of ideas and being an experimentalist allows one to test validity of those ideas. That’s essentially what an inventor does. Of course, years of experience as a tinkerer helps enormously by having a good intuition as to what types of approaches may be more fruitful.”

“The DNA of my company is solving some of the hardest problems in the industry,” says Leker. And physics “was instrumental in helping me approach really hard problems.”

Entrepreneurship is about risk and reward balance, Leker points out. “It means not always knowing how you’re going to pay your rent or the salaries of your employees.” So if you are going to take such a big risk, make sure it is for something about which you are very passionate, he warns. “My goal is to help people,” says Flynn. “If all the things I’ve done can help cure cancer, that’s my goal. I’ve put a lot of energy and time into this.”

Successful entrepreneurship consumes the entrepreneur, not unlike how successful physics research consumes the physicist. “A physics professor should not just decide out of the blue to be an entrepreneur,” cautions Lipson. “Learn about the risks and rewards of technology start-ups. Talk to other entrepreneurs. Have some innovative ideas and approaches, of course. Determine how best to balance and combine such activity with one’s academic work.” Stay abreast of the industry, trends, and competition, and know how to research and identify funding sources and networking opportunities.

You also must be knowledgeable about how the business and legal side of the enterprise functions, among many other tasks. “So much success is about who you know. I used to think this was bad–I actively didn’t do it,” admits Leker. But triumph in entrepreneurship is also about flexibility. “It requires a profound degree of adaptability,” he says. But fortunately “physics creates the framework to be mentally adaptive.”