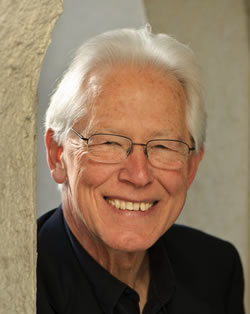 In the Society-wide elections, which ended on June 30, APS members elected Malcolm R. “Mac” Beasley of Stanford University as the next vice-President. As the newest member of the presidential line, Beasley will become APS President in 2014.

The members also voted for Annick Suzor-Weiner, of the French Embassy, to be the international councilor, and Keivan Stassun of Vanderbilt University to be general councilor. In addition Sally Dawson was elected vice-chair of the nominating committee, and will become chair of the committee in 2013.

Beasley will assume his office in January of next year, replacing Michael Turner of the Kavli Institute for Cosmological Physics at The University of Chicago, who becomes President-elect. This year’s President-elect, Robert Byer of Stanford, will assume the office of President, and current President Barry Barish of Caltech will remain on the APS Council and Executive Board as past-President.

Beasley has been at Stanford since 1974 when he moved there from Harvard. While at Stanford he was appointed the Sidney and Theodore Rosenberg Professor of Applied Physics, helped establish the Geballe Laboratory for Advanced Materials and served as dean of the School of Humanities and Sciences. Beasley retired in 2010, but stayed on as an emeritus professor and continues his research.

Beasley’s research has been primarily focused on superconductivity. He is most well known for determining that the Kosterlitz-Thouless-Berezinskii theory of two-dimensional phase transitions plays a role in superconductors. Currently he is focused on improving and finding new high temperature superconductors.

“I really had not imagined being in this position and am obviously honored,” Beasley said, “Looking down the list of past presidents is sobering. I also think it is a very interesting time to help lead organizations like the APS. As I said in my statement, really fundamental change is all around us. This makes being part of the APS leadership at this time particularly interesting and important. I will do my best, and my friends tell me that I seem to like this kind of challenge.”

“Historically, the APS has done an exemplary job in fulfilling this role and continues to do so. But the changes facing science these days are so profound and so rapid that a special effort is required. As an officer of the APS, I would work to bring the best talent among us to address these issues and adapt wisely.  More specifically, we need to continue to tend to the financial health of physics by informing Congress and the public at large of the role that physics plays and can yet play in the nation’s security and economic future, but also its cultural heritage,” Beasley said in his candidate statement.

Suzor-Weiner is currently the Counselor for Science and Technology at the French Embassy in Washington D.C. She came to the United States after teaching at the Université Paris-Sud in Orsay, France since 1987. There she was promoted to the highest rank of professor in 2005 and served as its vice-president for international affairs. She was also the vice president of the International Union for Pure and Applied Physics from 2005 through 2008.

“I did not expect it, but I am grateful to the APS members who allow me to work more closely with APS,” Suzor-Weiner said. “Since my year in Chicago as a postdoc with Ugo Fano, and then as visiting scientist at NIST with Fred Mies, I have had many fruitful collaborations with American physicists and I am more than happy if I can help in any way to strengthen the role of physics on the American and international scenes.”

She said that she hoped to further international collaborations between APS and other physical societies around the world. She emphasized the need to work with both European nations where the United States has a long history of collaborating with, but also with burgeoning societies in the developing world such as ones in Haiti, Africa and Vietnam.

“Physics in general needs to continue attracting the brightest students, since the human potential is the primary factor of success and progress,” Suzor-Weiner said. “On a broader scale, physicists need to join all other sciences, including social sciences, to answer the global challenges of our time, namely energy, environment, climate change and health. These domains have in common the characteristics to be transdisciplinary, as well as global. Yet physics must play its specific role, with well trained specialists and enough budget to meet the challenges.”

Keivan Stassun is an observational astrophysicist at Vanderbilt University, focusing on the formation of stars, brown dwarfs, and exoplanets. In 2007 he served as the first chair of the Vanderbilt Initiative in Data-intensive Astrophysics, a program to make the university one of the world leaders in the fields of astrophysics. He is also chair of the Sloan Digital Sky Survey’s exoplanet science team and a member of the Large Synoptic Survey Telescope executive committee. He participated in the National Research Council’s 2010 Decadal Survey of Astronomy and Astrophysics.

“I’ve never been entirely sure whether to think of myself as an astronomer or as a physicist. Being elected to the APS Council suggests that the wave function has collapsed,” Stassun said.

When asked what he hoped to accomplish as a general councilor, he at first quipped that he wanted APS to sponsor National Talk Like a Physicist Day.

“Seriously, I think two important issues are what you might call ‘big data’ and ‘big diversity.’ As a profession we need to begin deliberately preparing the future leaders of our field for the data-intensive revolution that is already underway. At the same time, we must make a renewed, high-level, concerted effort to recruit, train, and retain a truly diverse next generation of professional physicists. For too long physics has been the least diverse of all the sciences. With thought and care and dedication, we can change this. Shame on us if we don’t,” Stassun said.