Can we declare victory in the participation of women in science? Not yet.


By Marie-Claire Shanahan and Zahra Hazari 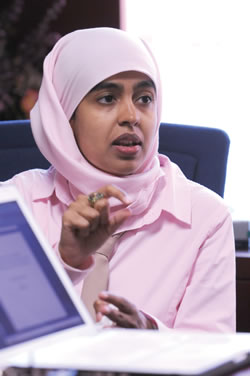 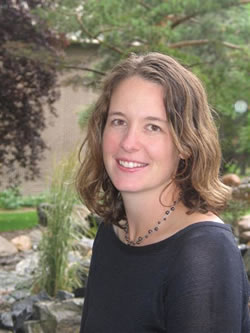 “When will we know when we can declare victory? For years I proceeded on the assumption that victory was equal participation of men and women in all branches of science and engineering. Today I’m not so sure. ... It’s possible that we will come to understand that some fraction of the asymmetries in the distribution of women in the sciences, with women far more well represented in the life sciences and less so in the physical sciences, is the result of women seeking those fields in which they are able to make the greatest contribution in their own judgment. As scientists we have to be open to that possibility.”

The question of gender representation in science is an incredibly difficult one. Women are underrepresented in science as a whole, especially in senior positions, but the disparity can be even more dramatic, or in other cases disappear, when we narrow the focus to particular fields.

Over the last half century, efforts to recruit and encourage women to pursue careers in science have been very successful, but they have not been evenly distributed. In 1966, for example, women earned only a quarter of the undergraduate biology degrees awarded in the United States. By 2007, however, women out numbered men, earning 60 percent of these same degrees.  In physics, though, the numbers have barely budged, with the percentage of undergraduate degrees earned by women rising from 14% to only 21% over the same time period. The question, of course, is “why?”

Most recent studies, such as Hyde and Linn’s 2006 review in Science, have shown very little difference in science-related abilities between genders, including in physics. These small discrepancies are not nearly enough to explain the large participation gaps. So what is keeping women out of physics? Is it as Dr. Tilghman suggests, that women just don’t choose to put their efforts into physics because they feel they can make a greater contribution elsewhere? Or, maybe women are not interested because they don’t see how physics fits with their desire to work with people? Looking into career aspirations of college students often shows that more young women than men desire careers that afford interpersonal opportunities such as helping others.

What influences students’ decisions to pursue physics?
As early as the eighth grade, the interest that students show in science is one of the best ways to predict whether they will go on to receive a bachelor’s degree in science. Robert Tai, from the University of Virginia, has found that this link is even more important than their mathematics achievement.

Personal interest isn’t, however, the only factor. Students’ belief in their own abilities is extremely important. Students with high self-efficacy, confidence in their ability to succeed at particular tasks, tend to understand physics better and achieve better grades. This makes a lot of sense–if students don’t believe they have the ability to master new ideas and problems, it is easy to see why they might not persevere. This relationship is true for both male and female students, but female students tend to believe in their abilities less, contributing to the difficulties they can encounter in physics.

Parents, teachers and peers also have strong influences on students’ perceptions of their own abilities, affecting students’ career and degree choices. In one study, Bleeker and Jacobs from Pennsylvania State University followed students from age 12 to age 24. They asked the students and their parents about the student’s math and science interests, abilities and career aspirations. They found that the more mothers believed in their children’s science and math abilities in grade 7, the more likely those students were to pursue careers in science at age 24. Peers can have a similar impact, supporting or eroding students’ belief in their own abilities. In another study, Jacobs noted that even girls who were identified as talented in science were strongly influenced by the recognition and support they received from their peers. These social influences can be troubling because parents, teachers and even peers often have stereotypical views of interest and ability in science, views that tend to favor male students.

Together, studies like these illustrate how challenging it is to pinpoint a single cause for the underrepresentation of women in physics. There are elements of interest and self-confidence, but also difficult social pressures. With these challenges in mind, what is needed is not acquiescence but the continued search for solutions. We still need to know what can be done to support and encourage students, and girls in particular, to pursue careers and graduate studies in physics.

Looking for solutions in high school physics experiences
One such effort, the Persistence Research in Science and Engineering Project2(PRiSE) led by researchers at the Harvard-Smithsonian Center for Astrophysics, is trying to identify the impact of teaching environments and strategies on students’ decisions to enroll and continue in physics in university. As part of the project, they have surveyed 3,800 American undergraduate students about their physics interests, confidence, and career plans along with their experiences in high school physics classes.

Once we were confident that our measure of physics identity was a valid way of bringing together many of the social and personal factors that tend to influence career choice and persistence, we wanted to know what could be done to improve it. As physics educators, we were particularly interested in finding out which teaching strategies or classroom activities contribute to stronger and more positive physics identities, especially for female students.

To answer these questions, the PRiSE questionnaire asked students what they remembered about their high school physics experiences: what they did in class, how they were taught, and the types of resources they had available. In addition to strictly pedagogical questions about lab time versus lecture time, topics that were emphasized, and instructional strategies that their teachers used, we were also interested in whether students recalled their physics teachers taking time to address subjects that generally fall outside of the usual physics curriculum such as discussions of the benefits of and steps needed to pursue a career in physics, ethical considerations in science, and the under-representation of women.

But what about women in particular?

Usually, the strategies that come to mind for encouraging female students include providing positive female science role models, creating opportunities for collaborative group work, and discussing the lives of female scientists. We were very surprised, though, that none of these usual solutions had an effect on the physics identities of the students in our study. Female students who experienced them were no more likely than others to have strong or weak identities in physics.

Several of the positive classroom experiences described above, however, while having an equal impact on male and female students were less frequently reported by female students. For example, females were less likely to report a focus on conceptual understanding, that labs addressed their beliefs about the world, discussing relevant science topics, or discussing the benefits of being a scientist. Thus, sitting, on average, in the same types of physics classes, female students perceived less of a conceptual focus and less contextual relevance with their world than did their male counterparts, even though these associations were equally beneficial to the smaller number of females who did report them. This perhaps provides some support for previous findings, such as those of Heidi Carlone, suggesting that many female students are personally disengaged in introductory physics, often relying on rote learning strategies (e.g., memorization) over more meaningful strategies (e.g., understanding concepts, linking to other knowledge/experiences, connecting ideas, reasoning) that provide deeper connections to the conceptual material.

There was only one classroom experience that had a uniquely positive impact on female students: the explicit discussion of underrepresentation of women in science. This isn’t just highlighting women scientists like Marie Curie but instead talking directly about the fact that there are few women in physics. Female students who had experienced these discussions in their high school physics classes had significantly stronger physics identities. Furthermore, these discussions had no impact on male students. In other words, for students who experienced explicit discussion of female underrepresentation in physics the potential physics career gap was decreased.

While addressing her audience at Queen’s, Dr. Tilghman suggested we might reach a point where there are as many women in some areas of science as want to be there, with any remaining gender gaps the result of choices made by women themselves. Our analysis shows that we are not there yet; social influences are still very important for determining if students will pursue a career in physics. Students’opinions are far from fixed, and good science teachers can have an important effect on their students’ physics identities. Teachers who, for example, do something as simple as meaningfully addressing the gender imbalance in physics, could be an avenue to helping encourage female students towards a physics career.

Marie-Claire Shanahan is an assistant professor of science education at the University of Alberta, president of the Canadian Science Education Research Group, and a former high school physics teacher. Her research examines the impact of social factors such as identity, confidence, and expertise recognition on adults’ and youths’ participation and persistence in science.

Zahra Hazari is an assistant professor in the Department of Engineering & Science Education at Clemson University. Her research, supported by an NSF Career Award and GSE Award, focuses on reforming pedagogy in physics education using a physics identity theoretical lens in an effort to improve critical educational outcomes for under-represented groups in physics.

A version of this article first appeared as a guest blog by Marie-Claire Shanahan on Scientific American.