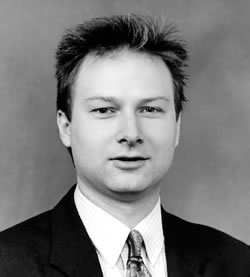 
Lady Luck doesn’t always smile on physicists, but for Olaf Vancura, she not only grinned, she handed him the jackpot.

In the early 1990s, Vancura, whose PhD in physics is from Johns Hopkins University, was minding his own business probing the dawn of matter and time as a scientist at the Harvard-Smithsonian Center for Astrophysics (CfA). He enjoyed his cosmic endeavors, but was also titillated by casino games, brought on by a lifelong interest in cards and card counting. While still employed at CfA, he created and began teaching a course at Tufts University on the mathematics of gambling. It became one of the most popular classes offered as part of Tufts’ “Experimental College” and inspired him to write a textbook, Smart Casino Gambling, in part because “I couldn’t find [a textbook] without junk,” he says. “I didn’t want to expose my students to the nonsense” that existed in current tomes about card counting.

Vancura invited the casino director of Foxwoods, a major casino complex in Connecticut, to address his pupils. As fate would have it, he soon began consulting for the industry and found himself spending more time thinking about the mathematical problems associated with gambling than about G stars and gamma rays. In 1997, he left astrophysics and joined Mikohn Gaming, a game manufacturing firm, full-time. He advanced through the ranks, earning the title of Vice President of Game Development, and from 2004 to 2006, he served as Chief Creative Officer at Progressive Gaming International.

Today he is the Vice President of Game Development at American Gaming Systems, a leading designer, manufacturer and operator of gaming machines for casinos. Based in Las Vegas, Vancura oversees all product development for the company, including game development, operating systems, software and hardware advancement, platform progression and integration with third-party content providers. He directs a 40 to 50 person team and is involved in all elements of new game creation. The company’s portfolio includes both table and slot machine games.

Vancura gets his greatest satisfaction from helping to design and develop a particular game, a process which he views as a marriage of art and science. He refers to the original specifications for the game as a recipe, which comprise the mathematics that will be used to determine how the game will be played. “You must understand the game mathematically,” he explains, “but then you have to step back and ask how would an average guy play? What are the emotional issues I will guide them through? That’s where the art comes in.”

Depending upon the type of game he is designing, the math involved could be as simple as basic algebra and calculus, to more complex optimization, probability and statistics, and of course, game theory.

After Vancura and his team determine the recipe that will serve as the technical bones of the game, the next step, called asset creation, is where the sound engineering, artwork, and animation are designed and planned. Implementation, the subsequent phase, involves programming the actual game onto the platform with which the player will interact. His engineers usually program in C++ or a variant, such as Flash Action Script. Testing, and quality and assurance (Q and A) follows. The final step in the process is partnering with the regulators, to ensure that the game meets all of the required standards for the casino. The lifecycle of a game, from concept to Q and A is anywhere from six to eighteen months, but one of Vancura’s goals as Vice President is to streamline the process and cut it down to less than six months.

The most difficult aspect of his job is “as an inventor, part of the problem of creating something is thinking in mind who the audience is, which might not be you,” he explains. “So you should never fall in love with your inventions until the market proves you right.”

Understanding the power of the market is especially important for scientists and mathematicians interested in moving into the gaming profession. Although he doesn’t know of other physicists in the industry, he declares that there is a “non-trivial” number of mathematicians shaping the future of slots and other casino games. Even so, “mathematicians might come across as nerdy people and don’t understand what motivates everyday people,” he says. “If you are so highly trained in math and physics, you might lose sight of how Joe the Plumber might think on a regular basis. You have to create stuff that has mass appeal.”

The key, he adds, is to design games that are fun for the players and keeps them playing, even when they are losing. “As an inventor I have to be humble,” he says. “I am not designing for [someone with] a PhD in physics, but rather a guy who wants something entertaining and exciting,” and who will find it interesting enough to keep coming back.

In an industry that generates 10 times the revenue of the film industry, according to Vancura, this astrophysicist has found great success at bridging the art and science. “I have a gift,” he admits, “I am good at creating and inventing (table and slot) games.” One of his particular strengths is translating the concepts behind established board games, such as Yahtzee and Battleship, into table or slot games. He holds 65 patents, one of which is for a Pachinko–type mechanical game he calls Boogie Ball, and another for a trivia-based slot machine game framed around the Ripley’s Believe It or Not brand.

Vancura frequently refers to himself as an inventor, and argues that the best thing about manufacturing casino games is the creativity involved. “When I was a researcher, that’s what I was missing,” he says. “[Training as a] physicist taught me how to solve problems, obliquely, but that creative aspect was missing. Astrophysics was a discovery process rather than an inventorship.”

But in gaming, there is much to invent and the feedback he gets is immediate–he can see it on the players’ faces as they enjoy a game he helped execute. There is plenty of scientific rigor, he adds, such as in the card counting system he created for his book Knock Out Blackjack. And in the end, he stands by his decision to pursue physics.

“The greatest value in getting a physics degree,” says Vancura, “is that it teaches you to think and synthesize knowledge. It gives you an exceptional viewpoint of the landscape of the world, because it’s a high-minded field that wants to understand everything.”