Physics Departments Closing: What Can We Do? 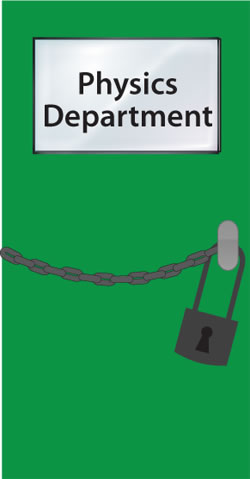 The recent closures of a number of physics departments, as documented in a recent APS News (Budget Cuts Threaten Physics Programs - December 2010), is an alarm that should cause physics departments to take note. Given significant budgetary woes, administrations are under a great deal of pressure to cut costs. Physics departments at smaller colleges and universities can seem like ripe targets, due to small numbers of majors, and consequently, typically a high cost-to-student ratio.

What can we do?
As a first step, we recommend reading the Strategic Programs for Innovations in Undergraduate Physics (SPIN-UP) report. This report, written by the multi-society National Task Force on Undergraduate Physics, describes a number of steps a physics department can take to invigorate its undergraduate program and increase the number of majors it graduates.

Major recommendations of the report include:

Other resources to help recruit and retain physics majors are available on the APS Education website.

PhysTEC Conference Coming in May
The next Physics Teacher Education Coalition (PhysTEC) Conference will be held on May 23-24, 2011, with the theme of Sustainability for Teacher Education Programs. The PhysTEC Conference is the nation’s largest meeting dedicated to physics teacher education, and features workshops, panel discussions, and presentations by national leaders, as well as excellent networking opportunities. The 2011 Conference will be held jointly with the UTeach Institute’s annual conference.

APS/IBM Research Internship for Undergraduate Women
APS and IBM co-sponsor a research internship program for undergraduate women, to encourage female students to pursue graduate studies in science and engineering. The deadline for the Summer 2011 internship is February 1, 2011. Internship information and the application are on the APS Women in Physics website.

Information, including dates and times, is listed with Meeting workshops.
March Meeting 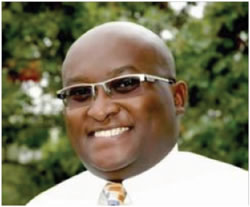 Peter Muhoro Joins APS Education and Diversity
Peter Muhoro recently joined the APS Education and Diversity Department as the new Minority Bridge Program Project Manager. Muhoro received his PhD in applied physics from the University of Michigan and is working to build collaborative relationships between minority-serving institutions and doctoral-granting institutions, with the goals of increasing the number of underrepresented minorities receiving doctoral degrees in physics, and of improving graduate education for all students.

National Academies Diversity Report
A recent National Academies report entitled Expanding Underrepresented Minority Participation explores the role of diversity in the science, technology, engineering and medicine (STEM) workforce and its value in keeping America innovative and competitive. According to the book, the US labor market is projected to grow faster in science and engineering than in any other sector in the coming years, making minority participation in STEM education at all levels a national priority.