Teachers in the Crosshairs: The Impact of “School Choice,” “Reform,” and “Accountability.” 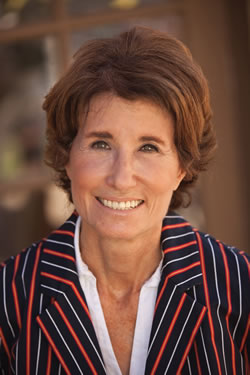 Sheila Tobias
The physics community is understandably committed to raising the quality of the nation’s physics-trained teachers. But caveat emptor: the path the current “reform movement” is taking could drive out the very best teachers with the bad.

First, there was No Child Left Behind–ushering in a blame game particularly directed at inner-city schools–a policy that took poverty off the table and deemed schools, teachers and their administrators wholly responsible for pupils’ “underperformance,” as measured by standardized tests.

When that policy sputtered (U.S. News and World Report dubbed NCLB “the Race to the Bottom”), Arne Duncan, the newly selected Education Chief (2009), shot back with a promised infusion of $4.2 billion to be distributed to states that meet strictly enforced “accountability” measures, which, without acknowledging the irony, he calls Race to the Top.

The operative element in the new policy is to hold teachers mainly responsible for pupils’ gains and failures in school.

“When the team loses,” Duncan, a former professional basketball player is reported to have said more than once, “you fire the coach.” But every teacher knows the coach recruits the players and no teacher gets to choose which “players” are going to play on his/her team.

The middle and long-term effects of “Race to the Top” will take years if not decades to assess.1 But while only 11 states and the District of Columbia have so far met the strict criteria for funding (including the introduction of data systems designed to align teachers’ performance with that of their pupils), 40 additional states have written proposals that promise to achieve the three goals of Race to the Top: school choice (lifting numerical and any other restrictions on the establishment of charter schools), reform, in the manner of the new Administration’s model, and accountability, which imports from the corporate culture a means of assessing teachers by student outcomes, specifically the value added to the aggregate pupils’ performance over the course of the school year.

Science is not singled out in the new policy. Indeed, the No Child Left Behind regime had not yet gotten around to setting “student performance standards” in science, the whole focus being on reading and mathematics. But under “outcomes-based assessment” or “value added,” science teachers can expect a significant loss of control over what they teach and how. Whether those among them who have more out-of-school employment options decide as a result of the assessment frenzy not to remain in teaching is a significant down-side risk.

Value Added
“Value added” (known more formally as VAM, Value Added Assessment Methodology) is intended to calibrate “teacher effectiveness” as a function of “productivity,” supplanting more traditional measures of teachers’ skills, such as experience, courses taken, even National Board Certification. VAM burst onto center stage of the education landscape with a suddenness that leaves one breathless. It had its origin in the mid-1980s in a series of papers from outside the education establishment, and early adoption in only one state, Tennessee in 1992-1994. In the past five years, however, the idea, if not yet the complex data systems needed to implement VAM, have become national policy. Is it a takeover, or just a sign of the times? Proponents openly acknowledge that VAM is modeled on an assessment methodology commonly deployed in the private sector.

In the same way that “the labor market differentially rewards skills and productivity,” argues Dan Goldhaber, director of the Center on Reinventing Public Education at the University of Washington-Bothell and a strong proponent of VAM (in a power-point presentation available on line), “so must education free itself from a focus on teacher training and licensure and move toward quantitative assessment of teacher effectiveness.”

Effectiveness becomes a quantifiable entity by comparing anticipated pupil achievement in a particular subject in a particular year (given demographics, prior achievement, reasonable expectations) to actual achievements at the end of the year–measured often only by a single test result. The teacher is then judged by the “value added,” or not added, as the case may be. If the means of assessing value smacks of a corporate model, it should. The proponents are for the most part, like Dan Goldhaber, economists or professors of business management.2

The “Ceiling Effect”
It is of course too soon to anticipate the immediate and long-term effects of Race to the Top, since so few states (12) have been funded to implement the full range of the policy. But value added has already found its way into certain school districts for the purpose of assigning bonuses. In Houston, where a new value-added formula is being used to grade teachers’ skills, N.Y. Times education writer Sam Dillon found a high school physics teacher out of the running for high bonuses because, as she reported, “My kids come in at a very high level of competence, scoring well before the semester begins.” After she teaches them for a year, they continue to score well on a state science test but show less measurable “gain” than other classes, so her bonus is small compared with those of other teachers.

The teacher has invented a term of her own to characterize this distortion. She calls it the “ceiling effect.” We might call it a saturation effect.

More to the general point of this article, if value-added measures are to be used to recognize effective teachers (and to punish or to dismiss ineffective ones), the public needs to have confidence in the statistical validity of the technique.  Since students are not assigned randomly (as in a clinical trial) to one classroom or another, VAM can test students coming and going without definitively answering the question: “How would these same students have fared if they had not had X or Y as a teacher?”

Despite the conceptual and practical challenges to value-added methods of evaluating teachers, states inhibiting (or, worse yet, prohibiting) linkages between student data and teacher evaluation are not eligible to compete for Race to the Top funds as determined by the Department of Education which manages the program. In effect, the government has found a way to hold states hostage to demands set forth in its new model of accountability. In such an environment, science teaching could well become less attractive as a lifelong profession.

Teacher Autonomy and Teacher Accountability: Must We Choose?
Physicists don’t have to be reminded that the nation is woefully short of physics-trained teachers. Indeed, based on projections of the numbers of existing and available science, technology, engineering and mathematics (STEM) teachers, a 2006 National Academies report, Rising Above the Gathering Storm, called for an increased production of 10,000 new science and mathematics teachers per year for the next decade.

Since The Gathering Storm had virtually nothing to say about STEM teacher attrition, Anne Baffert, a local (Tucson) high school chemistry teacher, and I proceeded to examine what scholars know about attrition and then to check those findings by way of a web-based “listening tour” of secondary science teachers around the country. The result is our book, Science Teaching as a Profession. Why it isn’t. How it could be.

Teachers who responded to our call claimed to be more concerned with erosion of autonomy, professional status, and control, than with salary. Already, the testing required by NCLB and locally controlled Annualized Yearly Progress (AYP) plays havoc with class scheduling and with students’ perception of the value of science. Teachers want recognition, support, relief regarding daily preps and a sense that science and math is a priority in their school and in their state. Specifically: 1) control over curriculum, especially pace, pedagogy, and student assessment (in-class exams) within overall state standards; 2) the power to co-determine (at the very least) their own effectiveness; 3) above all, assessments they can trust.

“Science is Different”
The problem with outsiders measuring science teachers’ “effectiveness” is embedded in what is different about science. Our conclusion from multiple interviews is this: Secondary science teachers are nervous and not just because their standing, their value to their schools, and their salaries and tenure will become linked to their pupils’ achievement on standardized tests.

They are nervous because the problems an able science teacher presents his or her students are not like (elementary) mathematics problems yielding to a single right answer, but more like puzzles inviting discussion and dissent. Above all, and students need to learn this early, science knowledge is made up of both knowns and not-yet-knowns, both certainties and matters in dispute.

The science teacher’s responsibility is not only to convey these facts and insights but also to enable the “ah-ha” reaction to occur as often as possible in his or her classroom; above all, to structure tests as a way of underscoring how varied the routes to scientific understanding can be.

Every science teacher interrogated for our book knows and tries to do all this. But as their range of instructional strategies narrows (and with states imposing value-added assessment it will narrow still more), science teachers may be forced to sacrifice everything they and their students love about science for a regimen of drill-and-practice not even of their own design.

Our inquiry found that teachers want scientists to know them, provide work for them to do in real-world science, and to defend them against those who threaten their professionalism. But until now, the science community has shown more interest in science pedagogy and school science content than in the status and well-being of science teachers.
That must change.

Sheila Tobias has been writing about what we teach and how since the 1990s. Best known of her books are: They’re not Dumb, They’re Different: Stalking the Second Tier, Revitalizing Undergraduate Science: Why Some Things Work and Most Don’t, and Breaking the Science Barrier (see www.sheilatobias.com). Her latest book (with Anne Baffert), Science Teaching as a Profession. Why it isn’t. How it could be. was published in March 2010 by NSTA Press.

1. For a more general critical overview see Diane Ravitch (2010), The Death and Life of the Great American School System: How Testing and Choice are Undermining Education, Basic Books.

2. The seminal paper, “Objective component of teacher evaluation: A feasibility study” was published by W.L. Sanders and R. A. McLean in 1984, both professors at the College of Business Administration at the University of Tennessee. For a more recent rationale, see Steven G. Rivkin, Eric A. Hanusek, John F. Kain (March 2005), “Teachers, Schools and Academic Achievement, Econometrica, Vo.73, Issue 2, 417-458.