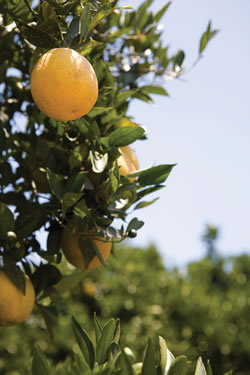 The APS April Meeting will take place April 30 through May 3 at the Hyatt Hotel Orange County, in Garden Grove, California, next to Anaheim and a mile from Disneyland. This year’s theme is “100 Years of Sub-Atomic Physics,” commemorating Rutherford’s 1911 paper on the atomic nucleus. The yearly meeting is expected to host about 1,500 attendees and will feature about 75 invited sessions, more than 100 contributed sessions, nine plenary talks, poster sessions and a public lecture.

The meeting highlights the latest research from the APS divisions of Particles and Fields, Astrophysics, Nuclear, Computational, Plasma and Beam physics. In addition, the forums on Education, Graduate Student Affairs, History of Physics, International Physics, and Physics and Society will be participating, along with the topical groups on Energy Research and Applications, Few-Body Systems, Gravitation, Hadronic Physics, Plasma Astrophysics, and Precision Measurements & Fundamental Constants.

The three plenary sessions will cover a wide variety of exciting topics. Saturday morning’s session is sponsored by the Kavli Foundation, and features keynote speaker Steven Weinberg of the University of Texas at Austin, whose talk is titled “From Rutherford to the LHC.” Also at the same session, Maria Spiropulu from CERN and Caltech will describe recent scientific results from the LHC, and Dan Hooper of Fermilab will have an update on the latest efforts to pin down dark matter. Monday morning’s session will feature John Johnson of Caltech with an update on the ever-expanding hunt for planets outside our solar system, Carl Wieman, Associate Director for Science at the Office of Science and Technology Policy, talking about science policy, and Yang Shao-Horn of MIT expounding on the latest in energy storage and battery technology. At Tuesday morning’s plenary session, Brookhaven National Lab’s Bill Marciano will cast some light on the confusing and seemingly conflicting results about the radius of the proton, Stuart Henderson from Fermilab will talk about how particle accelerators have had a major impact on physics and society, and Nergis Mavalvala from MIT will discuss quantum mechanics and gravitational wave detection

The recipients of many of APS’s prestigious prizes and awards will be honored at a special ceremonial session on Sunday evening, which will also feature the retiring presidential address by Curtis Callan of Princeton, who served as APS President in 2010..

On Sunday, graduate students are invited to Lunch with the Experts. Graduate students can sign up to dine with known experts in a field that interests them, in an atmosphere of informal discussion. The list of topics will be available on the April Meeting website in January, and signups, on a first come, first served basis, will be at the meeting itself starting at 1:00 on Friday April 29.

Also for students is the APS Student Resource Room, open Saturday through Monday, 10 am to 3 pm. There students with free entry stickers can interact with fellow students, peruse society literature, and enjoy complimentary refreshments.

Throughout the hotel, booths with tabletop displays will be set up for exhibitors to show off their products.

As always, attendees are invited to stop by APS’s Contact Congress booth to send letters to their members of Congress about the importance of federal research funding.