Editor’s Note: Each year, as part of a program administered by AAAS, APS sponsors two Mass Media Fellows who spend the summer working at a newspaper or other media outlet. In 2010 the APS-sponsored Fellows were Lulu Liu and Lauren DiPerna. Liu graduated from MIT with a major in physics, and DiPerna was a graduate of UC Berkeley in geophysics. They worked at the Sacramento Bee and the Orange County Register, respectively.

Science Writers Are the Ambassadors of Science 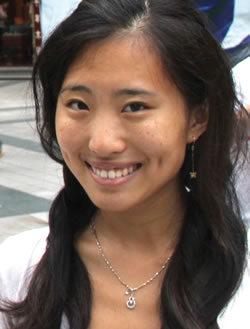 I’m not a journalist. In college I studied physics. I was a searcher of gravitational waves and exoplanets. I was an eager re-discoverer of fundamental laws. I was a reluctant programmer in several languages. But never a journalist.

So while I laid my roots in science and slyly cultivated an interest in writing on the side, it never occurred to me that there may be an intersection, and that this intersection–this land of science and writing–was accessible from my side of the divide.

I’m thankful to the Mass Media Program for this. For one, that with nothing more than a few writing samples in hand and an expression of genuine interest, I was taken seriously as an aspiring writer, despite a resume that provided no evidence.

But more, for its recognition–and the APS’s recognition, as a sponsor of this program–that perhaps the discipline of science journalism is an ailing one positioned too close to journalism and too far from science. Surprisingly, I would learn this not from reporters or editors this summer, or even scientists, but from the public.

My first story ran on a Sunday about a week and a half into my internship. On Monday I received my first reader voicemail. He was surprised, the caller said, that I hadn’t gotten anything wrong.

Fifteen years ago, the Sacramento Bee was the home of a Pulitzer Prize-winning science writer. Now it staffs no science writer at all. The skepticism that greeted me from all sides came unexpectedly.

Sometimes it was flattering: a hesitant source would open up once he learned that I had a background in science. But usually, it was derisive. Towards the end of July I wrote what turned out to be a controversial article about the physics of fair rides. I had to explain why, in the classic Gravitron ride, when the floor dropped the riders didn’t drop with it. I pointed my finger at “friction” instead of the usual “centrifugal force.”  Sacramento Bee readers grumbled. They “weren’t surprised”, they said, the so-called science writer would get that wrong. But one commenter leapt to my defense. Sort of.

Actually, he wrote, the Bee writer had it right. Briefly, I felt the warmth of vindication. “Although I doubt [she] understands what [she] originally wrote,” he went on.

Science writers are the ambassadors of science yet it’s rare, in the traditional media at least, for one to have any kind of scientific training. I suspected this might weaken general trust in science and scientists, but it’s done more than that, it’s thrown doubt on the mass media’s ability to accurately represent this kind of information altogether.

Science journalism today, I report, is much more journalism than science. While the journalism field has warmly embraced science as one of its “beats”, the scientific community still fails to consider outreach a legitimate activity for a scientist.

Absent an effective avenue of communication between scientists and the communities they serve, science is just some exclusive club the public is not allowed into, and the scientific truths that come of it seem arbitrary and capricious, no better than a politician’s promises.  It’s my hope that the scientific community continues to cultivate passion and commitment not just in science research but also in science communication.

A Good Reporter Gets Up Early and Stays Up Late 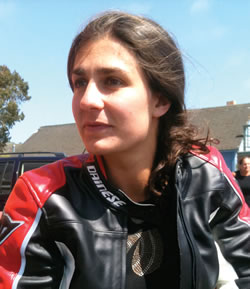 Working at the Orange County Register changed the way I told a story. Before, I liked to save the best part for last and digress at least five times; I thought the extra detours were necessary to give a complete picture. Once I understood what Orange County readers needed from a story, however, I let go of the nitty-gritty details and I provide a more streamlined narrative. By the end of the 10 weeks, I realized that simple and concise writing always provides a better story, whether it is for a scientific or lay audience.

The straightforward structure not only helped me engage my readers, but also let me write efficiently. This was an essential tool because sometimes reporting took up 90 percent of my time.

For one story, the drive back from a wildlife rescue center, where I was reporting on a contaminated Albatross, took more time than I had to meet my deadline. My only option was to tell my editor the story over the phone.

These types of situations were the most stressful and exciting. I liked getting out of the office and reporting on site, but there was always the chance that something might go wrong–horrid traffic or no Internet access. Nevertheless, the extra descriptions enhanced my stories and strengthen their local angle–the essential requirement for attracting Orange County readers.

One of my most memorable stories was when I met with researchers at 5 am. I interviewed them at the beach to add a visual description of them monitoring their experimental oyster reefs. I would have published the article later that day, but the photographer didn’t get the images he wanted. The next chance I had to meet the researchers was in two weeks at 3:30 in the morning. It was exhausting, but worth the second trip because the story ended up on the front page.

My commitment to a story sometimes went beyond the publish date. After writing a story about the bizarre mating habits of the grunion–a fish that leaps out of the surf to mate in the moonlight–I felt compelled to see it for myself.

I convinced my roommate to come with me and wait on the beach. The first hour passed with little encouragement. Then just before midnight the grunions appeared, flipping and twisting by the hundreds.

I really enjoyed my time at the Orange County Register. It was great to feel like my work had a purpose and see that the public looks forward to reading the daily science section. Thanks APS.