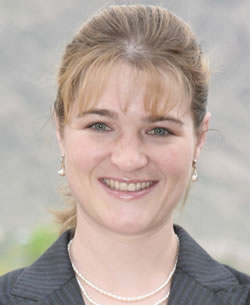 Run For Office: Just Follow the Law and Leave the Spherical Cow Jokes Behind

Politics, says Ruth McClung, physicist and Republican candidate for the House of Representatives in Tucson, Arizona (7th district), is like “A Tale of Two Cities”: it is the best of times and the worst of times. “You meet some people who are the best people in the world,” she explains, such as a Tribal Council member who “I knew cared and wanted to do the best for his people.”

And there is also the seedy side. “I’ve had people try to buy my vote off,” she admits. “[That’s] something that really hit me hard.”

But McClung is undivided in her resolve to serve her district, an area in southeast Arizona covering 22,872 square miles and larger than Rhode Island, Delaware, Hawaii, Connecticut and New Jersey combined. And since August 24, 2010, when she emerged victorious from the primary, garnering 50% of the votes in a five-person field, she is more than looking forward to an exciting race when she faces incumbent Democrat Raúl Grijalva in November. “I’m glad grassroots beat money,” she says.

The 28-year-old, who works for a government contractor, threw her hat in the ring because she didn’t care for the selection of candidates who consistently vied for her vote, she says. It was a gradual decision to run because “I was very tired of no one on the ticket who even remotely represented me,” she continues. “It’s extremely frustrating on election day that there is no one to vote for”.

So she set her sights on Capitol Hill, and already her physics skills have come in handy. She senses that her sharpened ability to delineate facts and distinguish problems from as many viewpoints as possible gives her an edge: “You can’t always have a perfect solution because problems [in politics] are extremely complex,” she posits. “In Washington, they don’t look at [problems] from 360 degrees, they look at [them from] one angle…physicists like to look at problems from 360 degrees, lay out the facts and see what’s going on.”

And there’s another positive –good PR. Her campaign slogan, “Maybe it does take a rocket scientist,” stands out among the hackneyed “Vote for” cacophony that has become all too common in every race. And McClung, really is a rocket scientist. But just how beneficial or essential is being a rocket scientist and/or a physicist to serving the public as an elected official?

Nat Fortune, a 49-year-old associate professor of physics at Smith College running for Auditor of Massachusetts, doesn’t think it’s necessary, but grabs at the chance to make a good-natured point. “I know you don’t have to be a rocket scientist for this post,” he jokingly argues, “but I know it couldn’t hurt.” 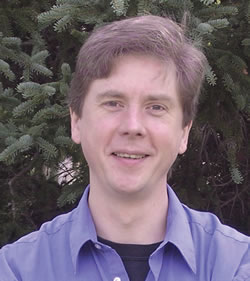 Fortune references his former professor, Congressman and physicist Rush Holt, who “makes the case…that a scientific background is needed. So many issues that Congress deals with have a scientific or technological issue associated with them” that it’s valuable to have representatives who are well-versed in the sciences, he says.

“There is no requirement that the Auditor come from a particular profession…The current Auditor retiring used to be a professional boxer,” Fortune says. But “you need someone analytical, thorough, [who is] working from basic principles of what ought to be accomplished and reasonable to achieve. A physicist has all those skills particularly in the broader modeling of the process and sense of the process.” In addition, it helps to have patience and familiarity with law, and the, um, Law: “Someone who’s ever taught thermodynamics knows it will never be completely efficient.”

Fortune, a member of the Green-Rainbow Party, has also discovered that his teaching experience has helped him better articulate messages to his constituents. “Being a physics teacher, I certainly have some confidence in public speaking,” he states. “I know there are many ways to communicate and each person has different ways of communicating… I have to pay attention. Students and voters are not blank slates–they have their own opinions and ideas and you have to understand those…”

McClung has found encouraging and humorous elements in her pursuit for office. “For the most part, it’s been very positive to be a scientist running for office,” she declares, but laughs that there have been some interesting moments that only a fellow physicist may understand. “I’m a geek–I tend to act like a geek,” McClung confesses. This involves, among other concerns, tending to concentrate more on facts than one’s appearance. “You wake up [and] don’t always care what your hair looks like” because you’re thinking about an issue, she says. And as a scientist, she approaches political problems from a stance that is more “in depth, more geeky.”

McClung received her bachelors in physics in 2004 from the University of Arizona, is the daughter of a physicist who worked for the DOE, DOD, and private industry, and is married to a physicist with a master’s in the subject and an MBA. She has not encountered resistance concerning her pedigree, although “being in physics I want to use examples from physics, and people [have told me] to tone down the ‘science-type’ talk.” She recalls how in one of her first speeches, an awkward aura arose in the room after “I told a science joke (the spherical cow joke) and nobody got it...People came up to me afterwards and said you know, ‘Ruth, that’s too geeky. You have to lay off that.’”

The most surprising and perhaps unsettling aspect of running for office, McClung concedes, has been her encounter with blatant sexism. “I’m a physicist and I’ve been in a very male-dominated area but have not felt sexism,” she says. In fact, she has found physics to be “open to women,” especially young women like her.

But politics has been another matter. “I told someone I was running for office and they said ‘there are too many women in Washington’.” Another time, “I was told if I want to be in politics I can’t have children, that a woman in politics has no business with children. I never heard that in science and can’t imagine that being told to a man,” she says.

Yet the small-mindedness of a few of the people is clearly not enough to shake her.
“It’s a very rewarding experience, running for office,” McClung acknowledges. “You will learn a lot more than you thought, some of it good, some of it bad. And we all grow as people the more we learn.”

As a physicist, she already is counting on her unique background to aid her in helping her constituents. Her scientific priorities include support for diverse energy sources, NASA, and science and mathematics education. “I’m a huge proponent of nuclear energy,” McClung says. “You can’t get cleaner energy than nuclear energy and it’s the second cheapest form.” With the Palo Verde Nuclear Generating Station located in her district, “I would like to sell the power to other states.” Additionally, she would like to investigate using nuclear power for desalination, something that could be practical in a state noted for its arid lands and limited water supply.

She’s supportive of research she calls “off the grid”: The hammering, tinkering, and investigating of the off-the-clock geeks who contribute to major technological innovations, such as the personal computer or even the airplane. “You never want to discount what someone’s working on in their garage or lab,” she remarks. “The government doesn’t even have to get involved.”

And as for the cosmos, she says “I’m a huge fan of NASA. I want to balance the budget, but I don’t think we should give up space, if for no other reason the technology we get from NASA…NASA and the military are the two areas of the government that give us wealth (both monetary and intellectual) in society.”

In addition, McClung affirms that space, and in particular, lunar projects, must be pursued (with fiscal responsibility) for another crucial reason: national security. “We don’t want countries we don’t like looking down on us from space–it’s a defense issue,” akin to holding a higher ground in a battle, she says. “I believe it would be a mistake to ignore space.”

McClung has already started contemplating the committees on which she would serve if elected. Unsurprisingly, she covets decidedly-scientifically-slanted House committees, such as Science and Technology, Energy and Commerce, and the House Select Committee on Energy Independence and Global Warming. She says that this is where her physics education will be singularly valuable. “I think my services could be very useful because of the scientific background I bring and I can talk to experts…I don’t know much about geology, but I could definitely understand what a geologist is saying.”

For the scientists who want to serve their fellow citizens through elected office, McClung has simple advice: “If you want to run,” she offers, “surround yourself with good people. It’s too big–it has to be more than you. I could not do it alone.”

Fortune, who was first elected to his town of Whately’s school committee in 2003, was re-elected in 2006 and 2009, and currently serves as its chair, has further suggestions for politically-minded physics pros. “I would encourage everyone to run for school committee or town committee. Or get appointed to a general office–not so much because you’re a physicist but because of civic duty,” he says.

But he cautions: “Running for office is a lot like doing research. It takes several times to actually do it right.”