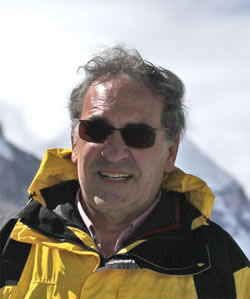 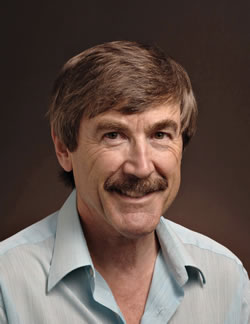 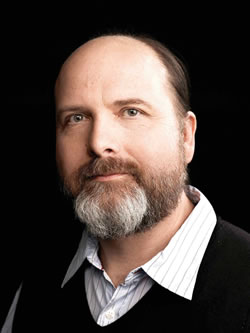 The National Cancer Institute (NCI) is investing millions of dollars in a collaborative network of 12 Physical Science-Oncology Centers that will provide new insight into the war on cancer. The novel combatants? Physicists.

“This is the first time that biologists are asking physicists for concepts” and not just technological knowhow, notes Robert Austin, physics professor and Principal Investigator (PI) of the new Princeton University Physical Sciences-Oncology Center.

Larry Nagahara, NCI Program Director for this initiative, agrees. Until now, he says, the NCI has relied on physicists mostly for the technology they can develop to support cancer research. For the first time, “rather than [provide] the technology, we actually want the [physicists] to ask the questions,” he says, which will vary greatly from those asked by biologists.

Each center, which received approximately $15 million in October 2009 for a period of five years, was created with “spectacular foresight and imagination,” says Paul Davies, professor of physics and head of Arizona State University’s Physical Sciences-Oncology Center. “The purpose…is to break with tradition in cancer research which has been dominated by cell biologists and geneticists…and to borrow from the style of thinking that physical scientists bring to bear on complex problems and open up a new front on the war on cancer.”

Several fields of physics are vital in cancer investigations, including condensed matter, biological networks, complex systems, and the physics of modeling, say the PIs. The chaotic morphology of a tumor is better understood by applying our knowledge of packing physics and spin glasses, say Davies and Austin. A tumor “is a very chaotic, complex, strongly interacting, evolving system,” continues Austin. “There are many areas of the physics of complexity and emergent behavior that I think map over in our study of cancer.”

At Princeton, Austin’s group is researching how to control the evolution of cancer resistance to chemotherapy. In addition, his team is developing microfabrication techniques to design and build chips that represent “an artificial world…a very complex place where [cancer] cells can grow…and evolve.” They will provide these chips to other centers to study using their own techniques, he says.

W. Daniel Hillis, physicist, entrepreneur, and director of the USC Physical Sciences-Oncology Center, is focusing on crafting a predictive model of a specific cancer that will allow scientists to better understand therapeutic responses. With a background in the physics of dynamical systems, he contemplates the use of models similar to the Metropolis Algorithm.

While it is a “familiar idea to physicists that you would build a predictive mathematical model of a system… that’s a very unfamiliar concept in biology,” Hillis points out. “Typically biologists tend to study a system at a single level of mechanism.” But the technique of modeling complex systems has been an extremely productive area in physics, he says, and “physicists are very good at bringing together these multi-scale models and then calibrating them with very specific experiments from lots of different levels…If we could do something like that for cancer, then it would be a completely different paradigm for treating cancer.”

Hillis sees cancer as a complex failure of a complex system, and imagines “it would be much more useful to have a model of a failure,…very similar to global climate models,…[with which] we can simulate different courses of action.”

Understanding information exchange between the cancer and its adjacent environs is key. “It’s now becoming clear that this a two-way dialogue, that the cells and the surrounding tissue exchange information and change each others’ properties.” The point of cancer, Davies continues, is not the tumor itself, but rather the invasion, or metastasis, of cells from one organ to another. And no one knows why this happens, he says. “All we know is that they deploy all sorts of clever tricks to get there and when they’re there, they change the properties of the site in which they take up residence. So we think the physical properties of those sites are important for site selection.”

Davies furthermore intends to use Atomic Force Microscopy in combination with a confocal microscope to examine and try to correlate the elasticity and morphology of cancer cells.

Other centers’ endeavors range from assembling a three-dimensional tumor model (Cornell), to exploring the mechanical forces in cancer (Johns Hopkins). Although every center has a physical science heart, USC, Cornell, Princeton, and ASU are the only universities whose center PIs are physicists, as opposed to engineers, biologists and oncologists.

As is to be expected with physicists, controversial viewpoints have already blossomed. Austin, for example, posits that “cancer is not a disease. It is a programmed event which the body tolerates, which might give rise to a fitness advantage for the species,” as opposed to the individual. “We have to rethink the way we deal with cancer,” he says. “We’re going to learn some fundamental rules about evolution and how evolution proceeds in non-random ways. And we might discover that cancer has been so recalcitrant because it is viewed perhaps as a good thing by the body and there may be systems there to control it and keep it running… We may have to stop trying to kill the cells…and try to maintain it in some homeostasis manner.”

Hillis agrees with Austin’s maverick hypothesis regarding cancer, and adds that “cancer” should be a verb, not a noun. “Cancer is…something your body is doing,” he suggests. “We shouldn’t say someone has cancer, we should say someone is ‘cancering’, like we say someone is crying or sweating.”

It is too soon to speculate about therapeutic outcomes, says Nagahara, although already some of the centers are reporting data. But he conjectures that as a result of this work, new measurements based on physical science contributions could some day be part of standardized tests that are used in doctors’ offices. For example, in the future, in addition to heart rate and blood pressure, the energy output of your cells may also be tested when you go for your yearly physical.

The researchers expect that the benefits of these projects will extend beyond a better comprehension of cancer. New physics discoveries are expected. “This initiative will yield new physics insights into complex adaptive systems,” proposes Hillis. “Right now we don’t understand complex systems very well. The edge of our understanding is a spin glass. I suspect that some of the [complex systems] phenomena we’re going to discover in these biological systems are adaptive to physical systems in general.”

Austin believes that another positive outcome of this work will be a change in physics curriculum at the graduate level. “Cancer is all about information and communication and evolution,” Austin says. But physicists don’t usually learn these subjects as part of the traditional physics curriculum. He wonders if “we’ll have to start teaching the physics of information and game theory…” on a more regular basis.

Even with the potential for new information about and novel approaches to combating cancer, at least one physicist believes there may be resistance from traditional cancer researchers to this innovative initiative. “I’m absolutely sure they’ll think we’re a bunch of crazy people who don’t know what were talking about,” says Davies. “If I were to go to a cancer biologist and say ‘I realize you don’t know anything but we want you to do a research project on the application of quantum field theory to charged and rotating black holes, you can imagine how the physics community would react to that.”

Yet “it’s exciting stuff,” says Davies, and with millions and millions of dollars being spent on cancer research every year, “the hope is by spending some small fraction on a radically new approach that might be brought by physical scientists, there’s a chance that we could get a novel treatment.”