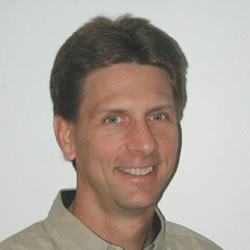 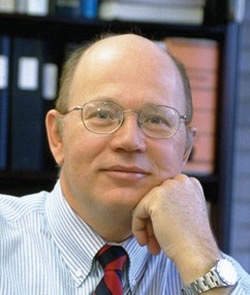 Forget high energy physics. If you really want to work on big problems in science, try a career in the oil and gas industry.

While string theorists and cosmologists struggle to understand the dark matter in outer space, there are industrial physicists who are tackling problems related to another kind of dark matter found in inner space. The oil under the Earth’s crust is not easy to find, get to and extract. It doesn’t sit isolated from other compounds in massive lakes, waiting for a drill to bore a hole to access it with a gigantic sucking straw. There are seemingly endless technical problems associated with locating and removing this dark matter from underground, and it presents the perfect playground for some physicists who are willing to get their hands dirty and their brains energized.

At Schlumberger, the world’s leading supplier of technology, project management, and information solutions for the oil and gas (O and G) industry, physics-educated professionals have a “tremendous diversity” of career opportunities with a seemingly “infinite” number of technical problems to solve, says Schlumberger Fellow Brian Clark. The company is hired by petroleum corporations to assist with any and all aspects of oil detection, extraction, and analysis, and physicists enter the company in one of two ways: either on the Research and Development side, or as a Field Engineer.

R and D leaders work in a myriad of laboratories and engineering centers the company has scattered throughout the world. The main facility is located in Cambridge, MA, across the street from MIT. Researchers and inventors work on small teams developing potentially commercially-viable technology. The firm spends upwards of $800 million a year on research, and there are approximately 500 research projects being conducted at any given time, Clark estimates.

A poster that hangs in the Sugar Land, Texas headquarters of Schlumberger describes what faces the physicist (or any other science or engineering-educated pro) who chooses the path of a field engineer: working on well sites in extreme environmental conditions–you may be 200 miles from the nearest telephone and paved road, it advertises. There is absolutely no margin for error and a sandstorm may have just knocked out your visibility. You may be assigned to work with clients in the extreme cold of the Arctic, the intense heat of the desert, or at sea. It is considered to be one of the most challenging positions in the industry, but is also one that can lead to almost any career choice within Schlumberger.

Allen Starkey started as a Field Engineer 29 years ago and now works in sales as an Account Representative in Denver. “I never get bored,” he says. At Schlumberger, “you can become anything you want. You can start with physics and go into personnel, finance, sales, management,…There is unlimited career potential…(and) there is a place in Schlumberger for all types of physicists.”

Clark, who has worked in R and D for the company for 20 years, agrees. He says the research that is conducted in this industry, and particularly at Schlumberger, is exciting but often misunderstood by the public. “People view it as old fashioned, (with) old technology…The images we have of the oil and gas industry are images from 100 years ago,” he explains. But in fact “the industry is incredibly high tech. I think it’s the most high tech industry there is because of the huge diversity of problems” in physics, math, chemistry, and geology, among other subjects. “It’s just an endless number of challenging problems, and you can make tremendous progress on some of these projects …that actually have significant impacts on the way things happen in the world,” Clark adds.

Clark received his bachelors in physics and math from The Ohio State University in 1970. He went to Harvard University for graduate school, and received his PhD in 1977. His thesis research with the late Frank Pipkin focused on double quantum transitions in atomic hydrogen. He began his career at Brandeis University as an instructor, but concludes “teaching is ok, but what I really wanted to do was research.” When he was recruited by a headhunter to Schlumberger in 1979, “it was like walking into a candy store,” he says, “with brand new buildings, sharp smart people, really great budgets for doing research, and the time to do the research.”

Starkey attended the University of New Hampshire and graduated with a bachelors of arts in physics in 1978. Because of the economic climate at the time, there was very little else one could do with a physics degree than teach, he says. He worked for two years at Plymouth State College in New Hampshire and started to pursue a Masters in Education when he saw an ad in the Boston Globe that intrigued him. “Do you like to work outdoors? Do you like a challenge? Do you have a physics degree?” it teased. Starkey called the number on the advertisement and within weeks he had been hired as a Junior Field Engineer and assigned to East Texas. Six months later after intense training, he was promoted to Wireline Field Engineer and was running the show at his well site. (It is typical at Schlumberger that after initial training, which now takes up to 18 months, a Field Engineer will be promoted to manager of their site, effectively directing what is often a million dollar business.)

“The thing that attracted a person to Schlumberger (at that time)…was that you weren’t stuck in a cubicle and told what to do,” says Starkey. “You were given a truck and told ‘here’s a business, go get the job done and report back when it’s done.’ You were your own boss.” And everyday was a different environment, he says. “Some days I was in the Gulf of Mexico on a barge. Some days I was in the piney woods of East Texas. Other days I was in a swamp land full of mosquitoes.” But he affirms that “every day was a fun day…They worked your (butts) off, (and) that’s what made it fun. You didn’t know what to expect from day to day.”

Starkey’s physics background immediately came in handy. “You always had to think…troubleshoot, use your intuition,” he recalls. “Something broke everyday and you had to figure it out, and having a science background really helped.” The specific value he derived from studying physics was related to problem solving and logical analysis. “The way that physics helped was (with) the ability to think through a problem,” he says. “That type of scientific method was very applicable to Schlumberger.”

Clark says his PhD work aided him greatly in his career. “When I was a graduate student, I had a lot of leeway to do my thesis,” he explains. “I spent two years in the machine shop by myself designing and building equipment, so I got a feeling for designing things, how to integrate microwaves and atomic beams and vacuum systems and electronics...I got to do all aspects of experimental design.” That was a really good experience, he says, because he was responsible for everything, so he got to learn everything.
“What we do at Schlumberger is basically build stuff that we stick down a hole and it makes a lot of scientific measurements,” Clark continues. “You have to deal with the electronic and mechanical design, physics of the measurement, software, and data interpretation. It’s actually surprisingly closely related to…small scale atomic physics experiments” like those he did in graduate school, he says.

Although Clark has done stints in management and engineering during his tenure, today he serves as one of only 10 Fellows in the company. “I had pretty heavy management responsibilities for a time,” he concedes. “Going back to being a full time scientist and inventor is much more fun than spending your day dealing with personnel, legal, (and) financial” issues. He has the freedom to investigate all sorts of novel technologies, and he meets with the CEO and the other Fellows regularly to discuss company-wide initiatives and issues, as well as larger concerns such as global energy.

In 1996, Clark was recognized with an award from the Society of Petroleum Engineers for an oil formation evaluation tool he invented that ushered in a new type of well exploration. His device used electromagnetic spectroscopy to measure the resistivity of petroleum formations while a hole was being drilled. The tool “could make the measurement in minutes (instead of days) after the bit had penetrated into the formation,” says Clark, and do so in undisturbed zones of the formation without causing much damage to the formation or the drill bit. This innovation enabled the exploration of horizontal wells which allowed for improved and increased extraction of oil from underground sources.

Oil tends to be in tiny layers and because of pressure changes, when you drill vertically you eventually start sucking water out rather than oil, explains Clark. “But when you drill horizontally and stay within the oil zone and go for a mile, you can draw a mile’s worth of oil out. It’s a much more efficient process. It’s one of the two things that has revolutionized the whole oil…and natural gas business,” he says.

Starkey’s career has also enabled him to innovate. In addition to sales, he has worked in operations, marketing, and internal auditing. While conducting operational audits, Starkey traveled to many corners of the globe to analyze Schlumberger’s actions. He designed an automated computer inventory system and helped sell one of Schlumberger’s subsidiaries. He was the first Field Engineer to do any of these things–prior to this, only MBAs and CPAs served in these capacities.

He has moved 15 times and has lived in Australia, Saudi Arabia, California, Louisiana, and Texas. A recent assignment in Dubai involved sales and support to national oil companies throughout the Middle East. Today, Starkey assists clients with the directional drilling technologies offered by Schlumberger, including the horizontal drilling enabled by Clark’s research. He is consistently the top-producing revenue generator in his division and is recognized in the Denver area as being the “go-to guy to solve problems…not just a peddler of services,” he says. Starkey’s physics education helps him to better explain the technology, such as tools that use gamma rays to take measurements, to curious clients.

The career forecast for physicists in O and G is positive. Even with the world’s energy needs changing rapidly, there will always be a need for petroleum companies and scientists whose expertise lies in this industry, says Clark. “Oil moves everything in the world,” he continues. “If we stopped producing oil and gas today, half the people in the world would die.”