Putting US Nuclear Complex Under Pentagon Oversight Is a Bad Idea 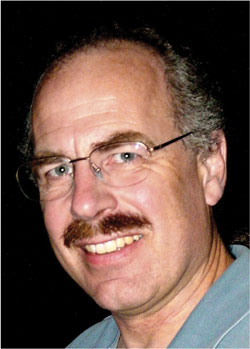 The Obama Administration is considering transferring the US nuclear weapons complex from the Department of Energy’s National Nuclear Security Administration (DOE/NNSA) to the Department of Defense (DoD), according to recent news reports.1 It is good to see an open-minded evaluation of this topic early in a new administration, especially as the issues at stake have far greater significance than might be apparent from the limited amount of public discourse to date.

This is a matter on which we, the scientific community, have special expertise; though the decision is ultimately political, some of the key factors are technical. We can therefore bring unique insight to the discussion, and have at least as much legitimacy if not obligation as any other community–budget analysts, legal scholars, military specialists, among others–in explaining why such a move would be a bad idea.

Start with the fact that gram-for-gram a nuclear explosive (e.g., the fission yield of uranium-235) releases more than a million times the energy of conventional high explosives, thus magnifying the range of destruction 100-fold in all directions. As population scales with area, distance squared, this means 100 times 100-fold the casualties: hundreds of thousands extending over miles, instead of dozens over yards. Put another way, the amount of TNT needed to produce the explosive yield of a single modern nuclear weapon would cover a full acre of land to a height overshadowing a 10-story building.

These technical facts lead to the understanding that nuclear weapons are instruments of policy, not of military operations. The Department of Defense is only one of many elements of the US Government concerned with policy, and policy is not its primary mission. Instead, DoD necessarily focuses on urgent matters of defense, especially while men and women in uniform are suffering casualties in places near or far around the world.

It is therefore no surprise that nuclear-weapons policy and practice have receded to less-immediate priority within the Defense Department; all the more so since the end of the Cold War, with its deterrence policy of “Mutually Assured Destruction.”2, 3 Some have concluded that this diminished priority is the root cause for the US military’s recent mishandling of nuclear weapons, such as the unintended deployment of 6 nuclear-tipped cruise missiles from Minot Air Force Base (North Dakota) to Barksdake Air Force Base (Louisiana) on August 29-30, 2007.

More than that, it is important that the role of nuclear weapons as limited to deterrence–that they are weapons of defensive last resort4–be clearly projected as a matter of policy. The US needs to show through actions as well as through words that the nuclear arsenal is not a part of our war-fighting planning. In this regard, maintaining a balance between civilian (Department of Energy) and military (Department of Defense) responsibility for nuclear weapons is all-important.  Putting the complex into Defense sends exactly the wrong message, to ourselves and to others.

The US nuclear-weapons complex includes the national security laboratories, Los Alamos, Lawrence Livermore, and Sandia National Laboratories, as well as the production plants (Kansas City, Pantex, Savannah River and Y-12) and Nevada Test Site. The most pressing responsibility for this complex is to ensure that the enduring arsenal remains safe, secure and effective, so long as it is national policy to have a stockpile of nuclear weapons.

This has been accomplished through more than 50 years of stewardship, and most recently by way of the DOE’s Stockpile Stewardship Program that was established after the US adopted a moratorium on nuclear-explosion testing.5 This program has successfully assessed the state of the stockpile for the past 15 years, annually certifying the arsenal as safe, secure and reliable. A key aspect of the evaluation is that it is conducted jointly by DOE and DoD, so there are important cross-checks on the analysis. Although most of the detailed information comes from the technical community in DOE, including the national laboratories and Pantex, it is the DoD “customer” that oversees the process each year. The result is a report to the President from both the Secretary of Energy and the Secretary of Defense assessing the state of the stockpile.

It would be difficult if not impossible to maintain this healthy tension–indispensable checks and balances–if the entire nuclear-weapons complex and arsenal were in one Department. As DoD’s priorities are inevitably skewed toward maintaining effective military readiness, long-term safety and security cannot always be the highest priority in comparison with the reality of lives that are in harm’s way on a daily basis. This is especially the case for a deterrent that does not contribute to immediate war-fighting capability.

It is also significant that stockpile stewardship has fundamentally relied on sophisticated technical work, which has been led by the laboratories and primarily conducted at those sites. Ranging from basic research on nuclear fusion or on the aging of plutonium, among many other topics, to the practicalities of “life-extension” programs that ensure the responsible maintenance of the existing warheads, science and engineering provides the foundation for effective stewardship.

The laboratories have established world-class capabilities in numerous fields, from astrophysics and materials science to lasers and nuclear engineering. These fields may be related to but can also range far beyond the laboratories’ immediate mission, the main objective being to ensure enduring technical excellence. Academia and industry have benefitted extensively, through partnerships that have resulted in unique facilities (e.g., in high-performance computing) as well as in collaborations between top-level researchers inside and outside the laboratories. These collaborations have enhanced both the laboratories’ and universities’ contributions in basic scientific research, and the impact of science on problems of societal interest.

Nevertheless, the laboratories’ research in areas of national and international security–including nuclear weapons–is ultimately a combination of basic and applied work that would not be possible in academia, because the essential openness of universities is incompatible with the study of technical details that are highly sensitive and therefore necessarily classified. Industry is likewise poorly suited due to the lack of economic incentives, and the military has difficulty supporting the long-term, basic research that is needed. These are not criticisms but a reflection of priorities.

Thus, immediate practicalities and strategic policy–the core role of technical research in effective stewardship, and the qualitative difference between conventional and nuclear weapons–both argue against transferring the complex from DOE to DoD.

This finding is not new, but underlies decisions reaching back to the Manhattan Project regarding the need for shared civilian–military oversight of US nuclear weapons High-level commissions have examined this question in past administrations, with reports issued in 1976, 1985 and 1999, and have repeatedly come to the same conclusion. Most recently, the Defense Science Board has also advised against moving the nuclear-weapons complex to DoD.2,7 Whether considered from technical, political or military perspectives, the prospect of moving the US nuclear-weapons complex to the Department of Defense has been found to be inadvisable.

Future Roles for the Laboratories

Ultimately, the highest-priority responsibility for the complex is to maintain the technical knowledge of nuclear-weapons design. Existing manufacturing facilities are useless without it, because the reliability of the work cannot be assured without this knowledge; and production capability can in principle be reconstituted with such expertise, should the nation ever need increased production of nuclear warheads. It is not just a matter of stewardship for an enduring arsenal, however.

Ironically, it is because the knowledge of nuclear weapons cannot be erased–they cannot be “uninvented,” and the underlying concepts can be rediscovered by scientists and engineers worldwide–that it is essential to maintain expertise in designing warheads. Regardless of the future of the US arsenal, it is only through such knowledge that one can be aware of potential nuclear-weapons developments around the world.

Specifically, efforts at nuclear non-proliferation, disarmament and counter-terrorism can only succeed on the basis of a deep understanding of weapons designs. Indeed, it is members of the nuclear-weapons laboratories–from the US and other countries–that have helped train the international inspectors, or even participated in the inspection teams needed to monitor treaties and maintain international security. The laboratories have also participated in Cooperative Threat Reduction Programs for securing nuclear weapons, components and materials, and in developing nuclear forensics for tracking interdicted contraband that could fuel terrorists’ detonation of a nuclear explosive.8,9

These are just a few examples of nuclear-weapons knowledge supporting arms control, non-proliferation and counter-terrorism. With appropriate procedures for protecting sensitive information, such efforts can be pursued cooperatively even between potentially rival nations, to the benefit of enhanced security and international stability.

These matters command attention because nuclear technology and materials are inevitably spreading around the world, as nations embrace nuclear power to supply their energy needs and to reduce the emission of greenhouse gases. Therefore, the potential for more nations becoming latent nuclear states–having the technical capability to develop nuclear weapons should they feel compelled to do so–increases relentlessly with time.

Such considerations show that the nuclear-weapons laboratories of the past will continue having a significant role in national and international security of the future, no matter how the nuclear arsenals evolve. These security laboratories have many contributions to make by applying their deep technical competencies to the expanding needs of homeland defense, intelligence and law enforcement, domains closely related to their traditional mission and in which they already have much experience. Once again, these are needs that cannot be met by academia or industry alone.

Rather than embedding the laboratories in the military as support for the nuclear arsenal, we are best served by having them address the world’s growing needs for countering the 21st Century’s emerging threats to security.

Raymond Jeanloz, a geophysicist at the University of California, Berkeley, is an advisor to government and academia in areas of national and international security, and chairs the US National Academy of Sciences Committee on International Security and Arms Control.

2.Nuclear Capabilities, report of the Defense Science Board, December, 2006 http://www.acq.osd.mil/dsb/reports/2006-12-Nuclear_Capabilities.pdf

6.Science at Its Best, Security at Its Worst, report of the President’s Foreign Intelligence Advisory Board, 1999.

7.The news article (1) mistakenly states the opposite.