APS Fellow John P. Holdren, an international expert on energy and climate change, will serve as President Obama’s Science Adviser and Director of the Office of Science and Technology Policy. 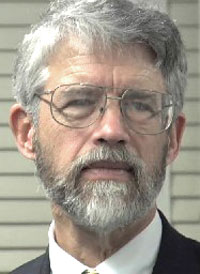 “With President Obama’s selection of John Holdren as his science adviser, the nation has a powerhouse for energy and environment leadership. John will provide strong and effective leadership of the OSTP team dealing with the broad array of highly desirable goals expressed in the Obama/Biden science and technology program,” said 2008 APS President Arthur Bienenstock.

Holdren, who served as a top adviser to the Obama campaign, is the Teresa and John Heinz Professor of Environmental Policy and Director of the Program on Science, Technology and Public Policy at Harvard’s Kennedy School of Government. He is also Professor of Environmental Science and Policy in Harvard’s Department of Earth and Planetary Sciences. From 2005-2008, he served as President-Elect, President and Chair of the Board of the American Association for the Advancement of Science.

In 1995, Holdren received the APS Burton Forum Award, “for his many insightful contributions to the analysis of global energy issues, for his unstinting leadership in arms control and for the clear and lucid presentation of these ideas to scientists and to the general public.”

Trained in fluid dynamics and plasma physics, Holdren has devoted much of his career to energy and climate change research. In an opinion piece published in 1998 for APS, he wrote that “the greenhouse gas most responsible for the growing threat of human-induced disruption of climate is carbon dioxide, some of it emitted by deforestation, but mostly coming from the combustion of fossil fuels.” To effectively address the greenhouse issue, he called for “increased investments in the science of climate and climate-change impacts.”

Holden is the second physicist slated to join Obama’s Administration. His selection follows that of Steve Chu, Nobel Laureate, APS Fellow and lifetime member, who has been nominated as Secretary of the U.S. Department of Energy.

In announcing the selection of Holdren in December, Obama said: “A physicist renowned for his work on climate and energy, he’s received numerous honors and awards for his contributions and has been one of the most passionate and persistent voices of our time about the growing threat of climate change. I look forward to his wise counsel in the years ahead.”

Holdren will also serve as a Co-Chair of the Presidents Council of Advisors on Science and Technology (PCAST) along with Harold Varmus and Eric Lander. “Together, they will work to remake PCAST into a vigorous external advisory council that will shape my thinking on scientific aspects of my policy priorities,” said Obama in his announcement.