The dots in this image represent the proton beam making its first trip around the Large Hadron Collider. The lower left dot is the injected beam beginning its 27 kilometer trip. The upper right dot is the same beam as it returns to the injection point. The fact that both dots appear in the same image is confirmation that the protons made it all the way around. 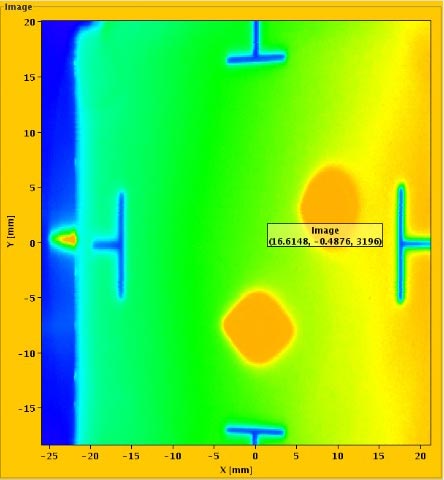 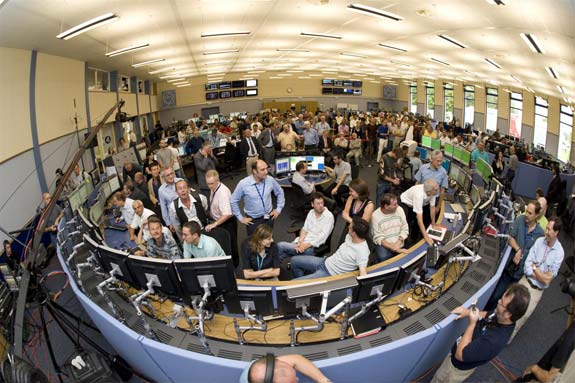