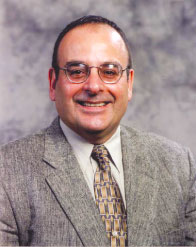 I direct a journalism program at a science-oriented university wheremy colleagues are modern-day alchemists, turning corn into fuel, conjuring twisters in wind tunnels, or morphing visitors at our virtual reality lab into plant cells during photosynthesis. These professors rank among the most ingenious, passionate people I have ever met. Put some of them in front of a reporter, however, and all bets are off.

Being misquoted in the media is commonplace, especially when the topic concerns science. Depending on the error, a quotation out of context can catapult a scientist into the national spotlight where the person gets to clarify the remarks and do it again, only this time for a mass audience.

Analyzing cases of foot-in-mouth disease, I came to this conclusion: When researchers simplify science, they often end up providing sound bites that overstate findings. Sound bites bite back. As early as 1993 Dorothy Nelkin, author of Selling Science: How the Press Covers Science and Technology (W.H. Freeman), warned that scientists tend to oversell research when explaining it to reporters.

Journalists also are partly to blame for overselling science. Big national newspapers and broadcast outlets have seasoned correspondents, but science happens everywhere, including college towns like Ames, Iowa, where agricultural biotechnology is on display in fields and on shelves of supermarkets. Many reporters who cover science do not fully grasp it, interviewing sources with polar viewpoints on genetically modified products or exotic animal diseases.

The language of science has many dialects. Much is lost in translation. Once I collaborated with a microbiologist who kept referring to “p53” while I frantically paged through a medical report that had 45 pages, only to realize that he was speaking about a tumor suppression gene that encodes a protein with an atomic mass of 53 kilodaltons. (As everyone knows, a kilodalton is 1000 times 1/12 of the mass of one atom of Carbon-12.) I also collaborate with scientists across disciplines, helping them communicate with the public.

Perhaps you have followed the debate at Iowa State University about intelligent design. Inside Higher Ed reported the conclusion of that debate last year when 120 of my colleagues signed a statement urging the rejection of intelligent design as science. My intention in referencing the debate is not to rekindle it but to call to your attention to a citation in the Ames (Iowa) Tribune made by a famous scientist who delivered a speech here, titled, “Why intelligent design is not science.” He reportedly told the audience that “the origin of life could have come from a sequence of emergent chemical events, each one more complex than the last.”

Upon reading that statement, I sent an e-mail to a few scientists on campus who believe that intelligent design is philosophy rather than science. (So do I, by the way.) The statement as reported seemed to use the same type of overreaching argument often associated with creation science. On reading that someone had identified a sequence of chemical events accounting for the origins of life, my immediate reaction was jealousy. Apparently, the scientist had spoken to God, and I wanted an interview, too.

“This is why the public and media put a stop to all manner of scientific projects,” I messaged my colleagues. “Cloning research is a case in point. People believe that geneticists are engineering life–a hyperbole, at best; the cell is engineering life. To state otherwise is to believe that the US Corps of Engineers created water, not the dam.”

My colleagues generally agreed. Based on the statement at the Iowa State speech, which came off as sound bite (or “pull quote,” in newspaper lingo) rather than as sound science, the speaker subsequently was taken to task in letters. One noted that his view was “conjectural and unsubstantiated” because no scientist “has been able to synthesize a single nucleotide from a prebiotic environment. Amino acids yes, but nucleotide, no.”

I had forgotten about all this. Then I received a journal in the mail called In Character funded by a grant from the John Templeton Foundation. One article in this edition stood out as exemplary: “Creation Myths: What scientists don’t–and can’t–know about the world”:

What’s the first thing that comes to mind when you hear the word “scientist?” Chances are it isn’t “modesty or humility.” A simple experiment underscores this conclusion. Type “modest scientist” or “humble scientist” into the Internet search engine Google and you’ll be lucky if you get more than a couple of hits. Then do the same thing with “arrogant scientist” and the number of hits increases by an order of magnitude.

Arrogance is something both journalist and scientist seem to have in common because they also share another trait, a passion for truth. Journalistic objectivity is partly based on scientific fact-finding. The great 19th century British essayist Matthew Arnold wrote about “genuine scientific passion” in the 1869 essay, “Culture and Anarchy.” In it, he used the phrase–“to see things as they are,” not as we wish they were. This, he wrote, was a “social idea” that made such persons, scientists especially, “the true apostles of equality” who “have a passion for diffusing, for making prevail, from one end of society to the other, the best knowledge, the best ideas of their time.”

This also was the intent in the Ames lecture. However, the passion for truth, condensed into a pull quote in the newspaper, often is mistaken for arrogance, especially when we attach pop cultural notions to topics as controversial as evolutionary theory being able to substantiate the complex chemical sequences responsible for the origins of life.

To put this into perspective, consider this: The scientist who visited my university and who reportedly made that comment happens to Robert Hazen, author of the extraordinary book, Gen-e-sis: The Scientific Quest for Life’s Origins, and a professor of earth science at George Mason University.

His comment as reported in the Ames Tribune actually is based on the molecular fossil record. Most reviews of his work note how fair and balanced his theories actually are. You can’t deduce that, however, by reading the 387 words in the story about his talk at Iowa State University on February 3, 2006. You need to glean the 339 pages in Hazen’s hard cover book.

Below are some of the most influential books that helped shape a century of science, according to The American Scientist. I have reduced each work’s premise or conclusion into a sound bite–an excerpt taken out of context–the way many reporters do speeches by scientists. Sometimes those reporters jot down the premise and leave before the conclusion, to make deadline, especially if the speech is scheduled between 7-8 p.m., allowing little time to write and file the report. Sometimes reporters working on multiple stories show up for the conclusion and miss the premise, asking a few quick questions afterward and then scooting.

What would be the outcome, I wondered, if reporters attended lectures by authors of these great books, quoting them out of context in the year of publication, given the social mores of those times?

Those excerpts make great pull quotes in print or sound bites on air. However, taken out of context, they also provoke as much as inform. That is why I caution scientists to at least qualify similar remarks with humbler disclaimers, especially if they believe passionately in their assertions.

Straight to the Source

How, indeed, do scientists successfully condense the data of their passionate truths and convey them dispassionately to non-scientist reporters on a topic that is sure to spark controversy and debate?

I put that question to Robert Hazen, who responded at length in this e-mail:

“[S]cientists must be ever so careful when talking to reporters, especially those not trained in science or who are working on a tight deadline. Scientific progress can be halting, technically dense, often incomplete and filled with caveats. The scientific story is often messy, with lingering doubts, rival hypotheses, and always lots more work to be done (because the more we learn, the more we realize we have yet to learn).

“Reporters, on the other hand, want a neat story, simply told and unambiguous in its meaning. Reporters also love a controversy, and (in the interests of ‘fair and balanced’ reporting) will often present two opposing viewpoints with equal weight, even when the scientific community overwhelmingly endorses just one conclusion.

“So what’s a scientist to do? My approach is to explain three things:
“First, describe what we think we know about the topic (and, if possible, provide a little background about the measurements and theory that support that knowledge). How do we arrive at our conclusions?

“Second, explain what we DON’T know about the topic, including the uncertainties, the controversies, and a sense of how much weight to place on different ideas. It’s always best to be honest about our imperfect state of understanding.

“Third, and equally important, explain what we’re doing to find out more.”

According to Dr. Hazen, science is a never-ending adventure. I feel the same way about journalism. It is the task of journalist and scientist to communicate that sense of adventure to the public without misquotation or overstatement. After all, in both our disciplines, the facts should speak for themselves.
Michael Bugeja, who directs the Greenlee School of Journalism and Communication at Iowa State University, is the author of Interpersonal Divide: the Search for Community in a Technological Age (Oxford University Press, 2005).