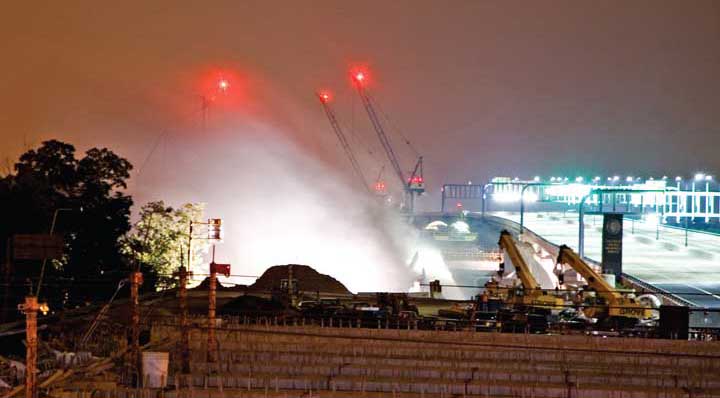 For almost 45 years, the old Woodrow Wilson Bridge carried the Capital Beltway across the Potomac River between Maryland and Alexandria, Virginia. In under a second, using the tools of physics, chemistry and civil engineering, a significant portion of the bridge in Alexandria disappeared with a series of flashes, a bang and a cloud of dust. The demolition occurred in the wee hours of August 29, while traffic on the new Woodrow Wilson Bridge (visible at right) was shut down to avoid potential mishap. Despite the late hour, a crowd of several thousand witnessed the blast; included among them was intrepid APS News photographer Ken Cole.