Helen Quinn Elected to Membership in National Academy of Sciences 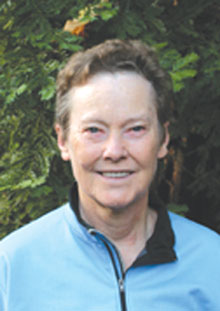 Election to membership in the Academy is considered one of the highest honors that can be accorded a U.S. scientist, and is bestowed in recognition of distinguished and continuing achievements in original research.

Quinn, who has been on the permanent staff of the Stanford Linear Accelerator Center since 1979, has made many important contributions to elementary particle theoretical research, and has been the recipient of numerous honors, including the prestigious Dirac Medal in 2000. In addition to her research, she also devotes much of her time to physics education. She was the founding President of the non-profit Contemporary Physics Education Project, and she also manages SLAC's education and outreach programs.

The three others currently in the APS Presidential line, William F. Brinkman, Myriam P. Sarachik, and Marvin L. Cohen, are also members of the National Academy.