The Science of Harry Potter 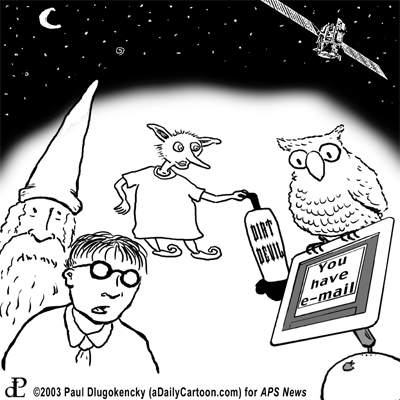 I love the Harry Potter books. For me every enchantment, spell, curse and other act of sorcery in J.K. Rowling's wonderful creation seems to throw down a challenge to modern science. Surely biologists would be baffled by the phut-like blast of a Skrewt? Surely brain scientists would reject the idea of a hat that can read thoughts? The bizarre creations that populate Harry's world seem at odds with what we know about nature. Surely magic of this sort can't be reconciled with the rational laws of science.

After seeking out the truth as diligently as the long pink tongue of a Puffskein searches for the wizard bogeys, I think it can. Harry's magical world can help illuminate rather than undermine science, casting a fascinating light on some of the most interesting issues that researchers struggle with today. Similarly, what we have learned from our scientific investigations in many fields can help explain many extraordinary and seemingly magical phenomena.

There are some interesting connections between science and magic. They share a belief that what is visible is merely a superficial reality, not the underlying "real reality." They both have origins in a basic urge to make sense of a hostile world so that we may predict or manipulate it to our own ends. Magic, like science, also gives many insights into the workings of the human brain. Both share some decidedly oddball ideas, whether jumping toadstools or quantum jumps.

The technology created by today's wizards and witches makes airplanes fly, computers understand speech, and sends a faltering voice from one side of the planet to another, and is sufficiently inscrutable to most people that these gizmos might as well be the product of sorcery. The biochemistry in a home pregnancy test, the movements of electrons around a silicon chip in a home computer and even the instructions to operate a VCR can count as magic.

A number of episodes in the Harry Potter books suggest that even the magically gifted characters acknowledge that Muggle scientists and technologists do perform a kind of magic. Mr. Arthur Weasley remarks how Muggles use considerable ingenuity to overcome their lack of magic-praise indeed from someone who works for the Ministry of Magic. He is an avid collector of plugs, batteries and anything else to do with "eckeltricity." For Mr. Weasley, even matches offer fun-filled pyrotechnics that rival any wizard display.

For most people, modern science, like magic, requires a leap of faith. In the days of Newton, when almost anyone could conduct practical experiments with prisms and cannonballs, science was more open to amateurs and the laws of nature were more accessible. Today scientific research has become deeply mathematical, and experiments often depend on specialized equipment ranging from billion-dollar atom smashers to gene reading machines. Merely analyzing the results requires thousands more dollars of computer equipment. Most of us have to take the scientists' word for it that these calculations are correct.

While scientists, like wizards and witches, claim to have special knowledge that others don't have, they would be the first to admit that much magic remains in the world. The scientific effort is relatively young, and is still struggling to explain even many everyday phenomena, whether turbulent patterns in a fast- flowing stream, or the language of the brain.

Give this imperfect understanding of the way the world works, imagine what would happen if a Muggle scientist entered Harry's world. Wearing a biohazard suit to protect against Wizard wheezes, bristling with monitoring equipment, and no doubt armed with one of those Muggle metal wands, she takes a good look around Hogwarts. She would probably be struck by how some of what seems magical from Harry's childlike viewpoint seems quite achievable by current Muggle technology. Think of the Chocolate Frog card where Dumbledore suddenly disappears, the mugshot of Gilderoy Lockhart that winked cheerily, or the characters that inhabit Hogwarts paintings.

Now conjure up the map used by Quidditch captain Oliver Wood, marked with arrows that wriggle like caterpillars to show game tactics. A researcher studying electronic displays would recognize that the card, photograph, painting and map could well have been printed on electronic paper, although he might be puzzled by the interface used to update the moving images. How about spoken passwords? A routine task for voice recognition technology.

There are many other phenomena in Harry's world that seem a little less magical to those with a scientific bent. Water-repellant coatings for glass have done away with the need for an Impervius spell. The Howler, a red envelope that contains a screaming missive, doesn't seem too strange in the wake of voice mail or audio files that can be sent over the Internet.

Muggles can now walk through walls, like ghosts, thanks to a technique that creates screens consisting of a smooth sheet of fog onto which the image of bricks and mortar can be projected. The Finnish inventor Ismo Rakkolainen has proposed many potential applications of his fog walls, some of which are indeed magical. Nor does the Marauder's Map, which shows everyone's location in Hogwarts, seem so extraordinary now that GPS technology is so commonplace. Omnioculars seem a bit ordinary when sports fans can overdose on action replays. Why amplify a voice with a cry of "Sonorus" when a public-address system will suffice? And why wear specs, Harry, when you can use a laser beam to carry out corrective surgery?

While such an approach may appear to be the scientific equivalent of the Disillusionment Charm, which strips away magic, many features of Harry Potter's world remain magical when one takes a scientific view. Invisibility cloaks may use clever stealth technology that is only now being developed by Muggles. Broomsticks could function by switching off the tug of gravity, a feat that still seems incredible. Giants, Lobalugs, Hinkypinks and the rest of the magical cast of characters could be the result of genetic modification, a science in its infancy.

But science can actually make the magical world of Harry Potter seem even more extraordinary by laying bare the complexity of creating a double-ended newt, the quantum jumps that color the flash of a wand, or the mind-reading abilities of the Sorting Hat. One can even find the inspiration for basilisks, giants and dragons in the bones of long-extinct creatures.

There are also magical elements in J.K. Rowling's books that are not in themselves scientific, but that chime with scientific understanding. Think of those freshly caught Cornish pixies that ran amok in a Defense Against the Dark Arts class. A thermodynamicist could well see these mischievous electric blue creatures as a manifestation of the second law of themodynamics (loosely interpreted, the law says that chaos rules).

Superstition thrives on uncertainty, and that is bound to remain however many advances science makes. There are even mathematical and scientific reasons to believe that magic and mystery will prevail. Those who are leery of science should take heart from the growing realization in the past century that, in one sense, science rests on an article of faith, as does a belief in the supernatural. The work of Guedel, Turing and Chaitin shows there is something profoundly magical lurking in the logical heart of mathematics, the language of science. There are very real limits to scientific prediction. There are some decidedly odd things lurking in the mathematical foundations of science. And at the ever-expanding horizon of scientific knowledge, new questions, puzzles and mysteries will continue to emerge as surely as existing mysteries are solved.

Like magic, science is just another human endeavor. While the final results of scientific investigation may be cold, logical and impersonal, the process is not. Being human, scientists themselves can be competitive, boastful, sly and deceitful. Science is performed by people who, like any witch or wizard, can be prejudiced, make mistakes, and jump on passing bandwagons. False theories, complacent conservatism and fraudulent claims can thrive within science, as they do in any other human pursuit.

Science, does, however, at least attempt to account for and do away with subjectivity through experiment, and not just one, but many. Confirmation is crucial. Although many complain that science is too closed to novel ideas, there are countless examples of how, when a stack of evidence mounts against established thinking, those views are abandoned or modified. These examples range from quantum theory, which made Einstein uncomfortable, to the idea of infectious proteins (prions), which were once derided as biological heresy.

One of the characteristic features of magical thought and religious faith that makes them so different from science is that, once the initial premises are accepted, no subsequent discovery will necessarily break the believer's faith, for he can often find a way to explain it away. When a magical spell does not work, it may say more about the person muttering it than the spell itself. Perhaps, like Ron Weasley's attempts at making a feather float, the magical words were not pronounced properly.

Some sociologists and philosophers argue that knowledge is socially conditioned and culturally determined; there is no one single truth about the external world. All beliefs are equally valid, and scientific truth, being one of them, is an illusion. Science does indeed have its own beliefs, such as that the laws of physics are universal and that symmetry plays a profound role in shaping elegant mathematical theories of the universe by helping to simplify calculations. And scientists also believe that the behavior of the universe can be mapped onto mathematics.

Scientists also come up with elaborations to explain away the shortcomings of a dud theory, just as sorcerers conjure up excuses for the shortcomings of a dud spell. But unlike other belief systems, those of science are universal and culture-free because they are endlessly sifted by experiment. Science will eventually abandon any belief or "truth" if the evidence requires it.

Science really is special. It really is the best way of understanding how the world works. Unlike technology or religion, it only originated once in history, in ancient Greece. Even if history were rerun and it took a different course, the conclusions of science would be the same: DNA would still be the genetic material of inheritance, hydrogen would still be the most common element in the universe and star would still be powered by nuclear fusion.

If Newton had not, as Wordsworth put it, voyaged through strange seas of thought alone, someone else would have. If Marie Curie had not lived, we still would have discovered the radioactive elements polonium and radium. But if J.K Rowling had not been born, we would never have known about Harry Potter.

That is why Master Potter means so much to me. Science may be special, but Harry, as a work of art, is more so. Harry Potter is unique.

Roger Highfield is science editor of The Daily Telegraph in London, England and the author of The Physics of Christmas. The above is adapted from his latest book, The Science of Harry Potter which appears in paperback in June 2003. Used with permission.