Editor's Note: This is an abridged version of the keynote address given by Neal Lane at the workshop on Scientific Communication and National Security held at the National Academies on September 27, 2000. 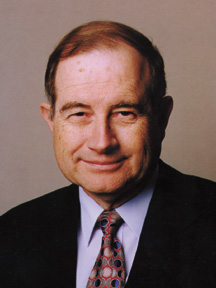 The title of this workshop is appropriate: Scientific Communication AND National Security, not OR, and I certainly agree with you that these two goals, both of which are essential, should not really be put in opposition. History clearly shows that we rely on science to ensure our security, not to mention our economy and our whole way of life. But at the same time we certainly cannot reap the benefits of that science unless our national security is secured.

I'll return to these, particularly the last one, at the end.

I suggest four questions for you to keep in mind as this workshop proceeds. First, what information is absolutely critical to protect in order to minimize the threats facing us, while maximizing our ability to combat them? Second, from whom do we need to keep this information? Third, what are the costs of doing so, both monetary and also in terms of non-monetary costs, such as constraints on our scientific and technology enterprise? And fourth, are there better ways of protecting this information than the ones we have been using or that we are anticipating using?

Although the security environment is quite a bit different from the situation we faced twenty years ago, the issue of scientific communication, and its effect on national security, was just as salient then as it is today.

The National Academy of Sciences formed a panel under Dale Corson, President Emeritus of Cornell, that in 1982 completed a thoughtful and thorough report with a strangely familiar title - "Scientific Communication and National Security."

After three additional years of discussion and debate, President Reagan issued National Security Decision Directive 189 entitled, "National Policy on the Transfer of Scientific, Technical and Engineering Information." This Directive states that, "to the maximum extent possible, the products of fundamental research (are to) remain unrestricted." Referring to federally-funded fundamental research at colleges, universities, and laboratories, it goes on to say that when national security controls are required, the mechanism should be classification. "No restrictions," it continues, "may be placed upon the conduct or reporting of federally-funded fundamental research that has not received national security classification, except as provided in applicable US statutes."

Think about this a minute. At the height of the Cold War, an Administration that was greatly concerned about preventing adversaries from benefiting from our technological advantage issued a directive affirming that free exchange of scientific ideas is a vital component of our economic and physical security. To me, this Directive says that free exchange was deemed to be so important that it justified the risk that our adversary might receive some benefits as well.

NSDD 189 was a statement of Reagan Administration policy. However, since Presidential Directives remain in force until they are superseded or revoked, it remains in effect today.

Is this appropriate, given the changed security circumstances? I would propose that if anything, it is even more appropriate today than in 1985. During the Cold War, the objective of our technology controls was to buy time-to preserve our lead in keeping our adversary from rapidly exploiting the latest technological developments. Our task today is somewhat different. We seek to protect mature technologies, such as those involved in nuclear weapons and ballistic missiles, from disclosure. The goal is not to prevent competitors from catching up to us. Instead, we want to keep them from catching up, say, to 1945, or maybe to 1960-a much harder task, but one for which controls over fundamental research would seem to be even less well suited.

Let us turn to the issue of maintaining the scientific and technical excellence of DOE's nuclear weapons laboratories as we proceed to address the security shortfalls there that reviews and analyses have identified. The American people have been subjected to sensational allegations of Chinese espionage and lax security by the press over the past year or two, and to a Congressional response that in many ways can only be described as "ready, fire, aim." There has been an extensive newspaper and TV campaign covering the Congressional hearings; of bills introduced on the subject, many of which have passed. We have seen reports from the Congressional Cox Committee, the President's Foreign Intelligence Advisory Board chaired by Warren Rudman, and others. In this environment, the Department of Energy has introduced a number of new security measures in areas such as lie detector exams, travel restrictions, and visitor access.

Now let me make clear that I certainly believe there were problems involving security at the labs that needed fixing. Systems can always be improved, and where problems are identified it is important to move quickly and effectively to deal with them. However, I am also very concerned that the net effect of the press coverage, the hearings, the laws, and the regulations has been to create a kind of "siege mentality" at the labs. And I am very worried about the effects that this environment may have in the future, and may be having right now, on the labs' ability to do their mission. I am informed that the labs are already losing key personnel and experiencing difficulty in attracting new talent-trends that I think we all find deeply disturbing.

I can't help but think of how a foreign enemy might go about attacking the United States' national security technology base. A particularly insidious foreign enemy might try to destroy morale at our national laboratories, hamstring them with new regulations, isolate them from the international scientific community, drive away their most experienced, knowledgeable workers, and cut them off from promising new hires. As it says in one of my favorite philosophical treatises, "We have met the enemy and he is us."

As we address security AT the DOE labs, we must not lose sight of the critical contribution to our national security that we get FROM the labs. They are priceless national assets; their scientists and engineers, researchers and other professionals are devoted and patriotic public servants who perform a crucial mission, and we all owe them our gratitude and our support. I am committed to ensuring that those who have dedicated their careers to the service of their country in these institutions can work in an environment that allows them to do their jobs.

Let me add a personal note. I consulted at Los Alamos and Livermore over quite a long period of time earlier in my career when "cross sections" meant atomic cross sections and nuclear cross sections, and not annoyed groups within professional societies. During all that time, I cannot recall a single instance, not a single instance, when any lab scientists or lab individual that I worked with seemed to take security for granted, or treated classified information carelessly, joked about security or in any other way indicated that they did not understand the importance of security in the laboratories and the importance of their own commitment and professionalism. Instead, I found men and women doing outstanding classified and unclassified research and taking security matters seriously.

I have a security philosophy: Security measures should be minimal in number; they should have easily understood objectives; and they should be strictly obeyed. It is also very important to look at security measures in their totality. One at a time, they can seem quite reasonable. In their entirety, they can be self-defeating. One should look for redundancies-and synergies-and, particularly, for their overall impact on the people whose lives they affect. For it is people who are the core of any security program.

I also believe that security cannot be guaranteed by making more rules, hiring more guards, or deploying more technology. In the right circumstances, any of these methods can help-but none of them, nor any combination of them, can substitute for trust, trust in the very people whose continuing effort, commitment and professionalism are required to make this whole system work. OSTP and DOE are working together to make sure that we guard effectively the information at our national laboratories that must be guarded-but, at the same time, that we guard an equally vital asset, the excellence, the dedication, and the enthusiasm of the labs' science and engineering workforce. Unless we guard both, our nation's security is indeed at risk.

Finally, my third assertion: openness is inherently international. One absolute requirement for preserving technical excellence in the US science enterprise is remaining fully engaged with the international scientific and technical community. I can't stress too highly the importance of the international nature of science.

Some Congressional statements and press reports make it seem like interaction with foreigners is a no-win game-one in which we only stand to lose, the only question being how much we give away each time. In the summer of 1999, a measure was introduced in Congress to ban all visits from "sensitive country" nationals to the DOE nuclear labs, unless a waiver were submitted personally by the Secretary of Energy for prior Congressional approval. Fortunately, the moratorium that ultimately passed eliminated the prior review and eliminated the requirement entirely for some important ongoing international collaborations. To his credit, Secretary Richardson-who certainly understands the value of international collaboration-has issued a waiver every time he was asked for one, and I understand that the conditions that will remove this moratorium completely are close to being fulfilled.

It is worth emphasizing that US science is strong, in a large part, because US scientists and engineers have come from everywhere, and they continue to communicate-openly-with the world's best minds, whatever country they hail from. Diversity is at the foundation of American success, not just in science but overall. Furthermore, today we face a myriad of global problems that can only be addressed on a global basis. To argue that we should build walls around our laboratories and our country is to argue that we should return to some imagined "cold war" isolation that in fact never really existed, at least in science.

I sense that there is a growing awareness now that the policy response to issues of security at the DOE labs has overshot the mark. Indeed, the latest review of security at the labs, by Howard Baker and Lee Hamilton, has warned that we can do more damage to the national security by overreacting to security concerns than was ever at risk in the first place. It is a very important message. We should not be defensive about-but rather should enthusiastically promote-the importance of international engagement to our own scientific enterprise.

I can tell you that the White House and the Agencies appreciate the importance of science. The Administration has worked hard to improve science and technology across the board, to increase US efforts in basic and applied research-from climate research to the human genome, to facilitating the information revolution, to creating the nanotechnology initiative and the nuclear weapon stockpile stewardship program. The President and Congress have disagreed on many issues, but the importance of science has not been one of them. I am sure that neither branch of Government wants to see these joint efforts undercut by unnecessary and counterproductive security measures.