Advancing & Diffusing the Knowledge of Physics Through Growth

The mid-years of the century were a time of rapid growth for APS and its publications.

The Society's membership grew by a factor of 10, in part due to the expansion of physics research during and after World War II. With growth came specialization and the advent of divisional groups and specialized meetings. 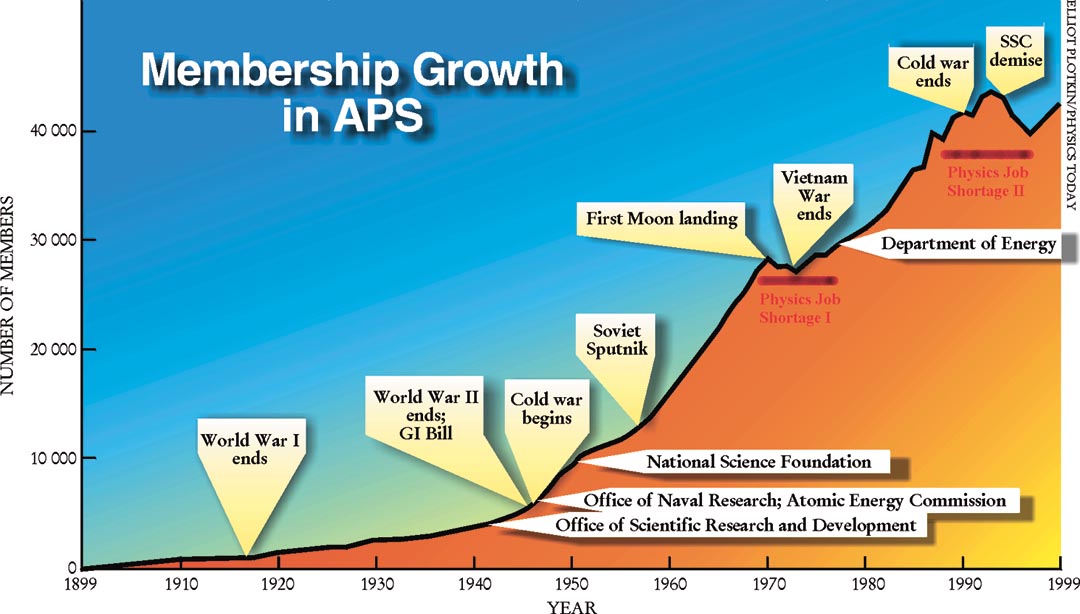 Diversification and Its Challenges

Diversification is a natural outcome of the evolution and growth of knowledge. This was reflected in the division of the Society into specialized units and the partitioning of the Physical Review following World War II.

At tension was the view that physicists ought to be generalists. As Eugene Wigner told J. H. Van Vleck in 1945, "The charm of physics consists for me, and I am sure for most of our colleagues, is the fact that it comprises all the phenomena of the non-living world and that a Society which has abandoned general interest in all this is not a physical society any more."

Today, plenary sessions at meetings, and journals such as Physical Review Focus, are efforts to counteract centrifugal tendencies. 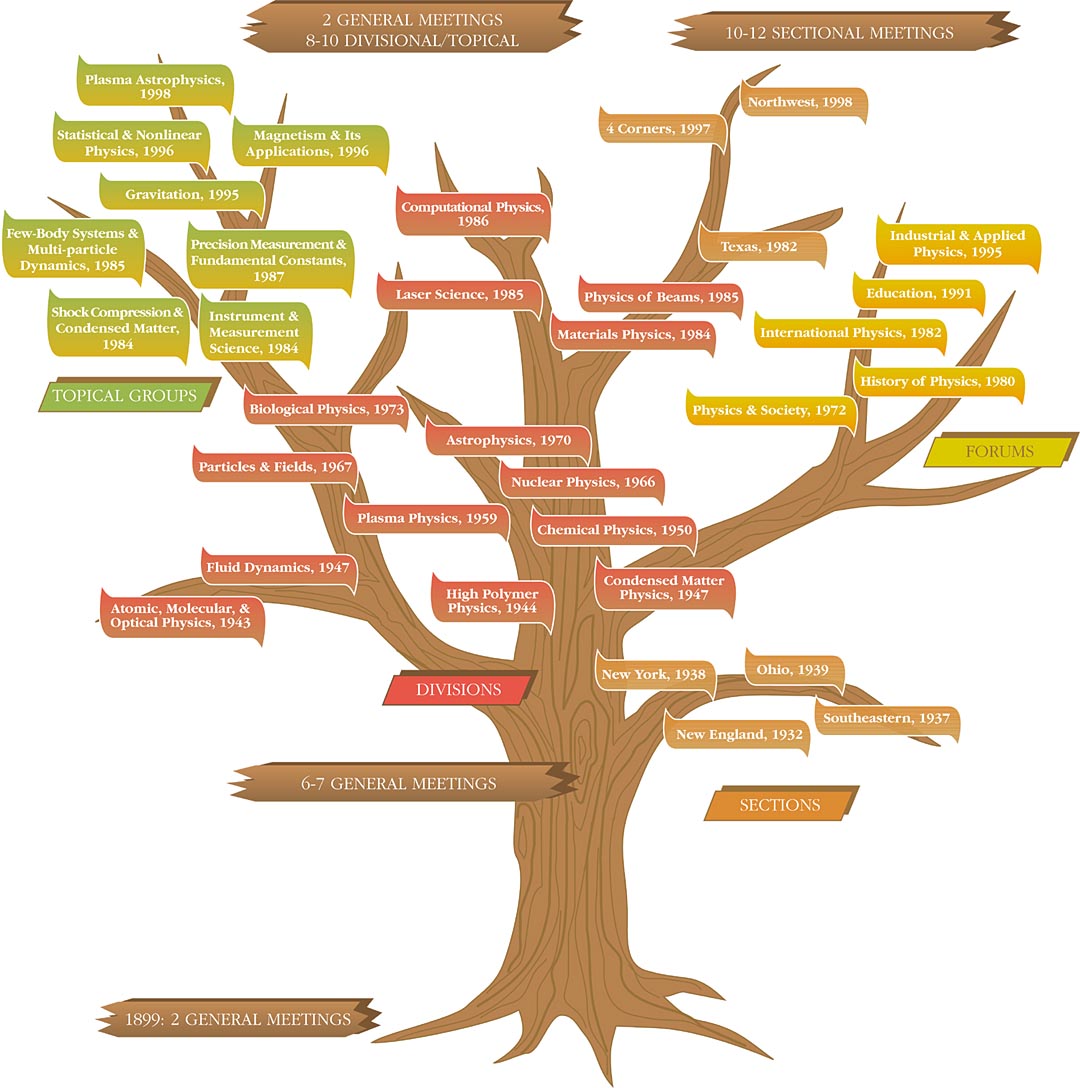 Plans for the Superconducting Super Collider opened deep fissures within the physics community in the 1980s and 1990s, pitting "big science" against "small science."

APS learned that the health of science depends on raising support for all active areas of basic and applied physics.

In April 1952, APS Council-on a motion of Luis Alvarez-proclaimed that henceforth every member of the Society would have the right to submit abstracts of ten-minute papers which would not be refused.

This remarkable act was prompted by the review of eccentric abstracts from a psychopathic member, Bayard Peakes who had submitted a paper denying the existence of the electron. Still frustrated, Peakes stormed into the APS offices and murdered a clerical worker.