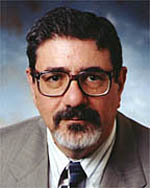 
Prof. Richard N. Zare is the Marguerite Blake Wilbur Professor in Natural Science at Stanford University with an appointment in the Department of Chemistry and a courtesy appointment in the Department of Physics. He is a graduate of Harvard University, where he received his BA degree in chemistry and physics in 1961 and his Ph.D. in chemical physics in 1964. In 1965 he became an assistant professor at the Massachusetts Institute of Technology, but moved to JILA, University of Colorado at Boulder in 1966. He remained there until 1969, holding joint appointments in the departments of chemistry, physics and astrophysics. In 1969 he was appointed to a full professorship in the Department of Chemistry at Columbia University, becoming the Higgins Professor of Natural Science in 1975. In 1977 he moved to Stanford University.

Professor Zare is renowned for his research in the area of lasers applied to chemical reactions and to chemical analysis. He is the recipient of many awards, including the National Medal of Science in 1983, the APS Earl K. Plyler Prize in 1983, the APS Irving Langmuir Prize in 1985 and the Welch Award in Chemistry in 1999. He has authored and co-authored over 600 publications.