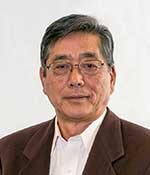 
"For fundamental experimental studies of magnetic reconnection relevant to space, astrophysical and fusion plasmas, and for pioneering contributions to the field of laboratory plasma astrophysics."


Masaaki Yamada received his B.S. and M.S. from University of Tokyo and his Ph.D. in physics from University of Illinois 1973. He is Distinguished Laboratory Research Fellow at Princeton Plasma Physics Laboratory (PPPL) and the Head of the Magnetic Reconnection Experiment (MRX) research program. During 1978-1988, he headed the research effort on the spheromak, then a new concept for fusion, utilizing the S-1 device. Since the early 1990's, he has pioneered a new experiment, the MRX at PPPL to explore the fundamental physics of magnetic reconnection. Yamada, who is also a pioneer of laboratory plasma astrophysics, has authored and co-authored over 200 scientific papers in major refereed journals, including review articles in Reviews of Modern Physics and in Annual Review of Astronomy and Astrophysics. He has been an APS fellow since 1985 and received APS Excellence of Plasma Physics Award in 2002, Princeton University Kaul Prize in 2003.