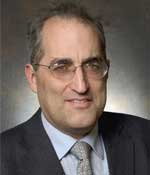 "For discoveries in the mathematical structure of quantum field theory that have opened new paths in all areas of quantum physics."


Edward Witten received his B.A. from Brandeis University in 1971 and his Ph.D. from Princeton University in 1976. After a Junior Fellowship at Harvard University, he joined the faculty of Princeton University in 1980. Since 1987, Witten has been on the faculty of the Institute for Advanced Study in Princeton, in recent years as Simonyi Professor. His interests are primarily in relativistic quantum field theory and its applications to numerous areas of science, and its possible generalization in string theory. He is especially known for his contributions to the understanding of nonperturbativedualities in quantum field theory and string theory. Witten`s awards include the 2014 Kyoto Prize, the Breakthrough Prize in Physics, the Fields Medal, and the 1998 Dannie Heinemann Prize.