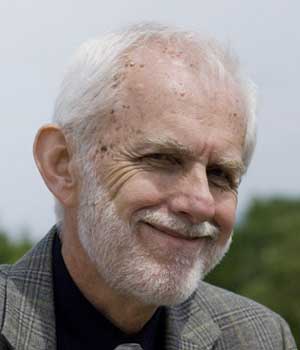 Clifford Martin Will
University of Florida


"For outstanding contributions to observational tests of general relativity with theories of gravitational waves, astrophysical black holes, and neutron stars."


Clifford Martin Will is Distinguished Professor of Physics at the University of Florida, Chercheur Associé at the Institut d'Astrophysique de Paris, and the James S. McDonnell Professor Emeritus at Washington University in St. Louis. Born in Hamilton, Canada in 1946, he obtained a B.Sc. from McMaster University in 1968 and a Ph.D. in Physics from the California Institute of Technology in 1971. He was an Enrico Fermi Fellow at the University of Chicago from 1972 to 1974 and Assistant Professor of Physics at Stanford University from 1974 to 1981. He was Associate and Full Professor at Washington University in St. Louis from 1981 to 2005; from 1991 to 1996 and 1997 to 2002 served as Chairman, and from 2005 to 2012 was McDonnell Professor. He was elected to the US National Academy of Sciences in 2007, and was elected a Fellow of the American Physical Society in 1989, of the American Academy of Arts and Sciences in 2002, and of the International Society on General Relativity and Gravitation in 2016. In 1996, he was named Distinguished Alumnus by McMaster University, and in 2013 named Doctor of Science honoris causa by the University of Guelph. He was awarded the 2019 Albert Einstein Medal by the Albert Einstein Society in Bern, Switzerland and the 2021 Einstein Prize by the American Physical Society. His research encompasses the observable implications of Einstein's general theory of relativity, including gravitational radiation, black holes, and the theoretical interpretation of experimental tests of general relativity.