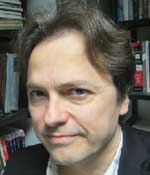 
"For introducing contemporary concepts and significant enhancements to "beyond-first-year" physics laboratory courses, and for playing a key role in organizing the nation-wide Advanced Laboratory Physics Association and being its first president."


Prof. Spalding earned an A.B. in Physics and Mathematics from Washington University in 1983, a PhD from Harvard University in 1990, and is now a full professor at Illinois Wesleyan University and member of APS, SPIE, IEEE, AAPT, and IoP. With Kishan Dholakia, he has chaired, for a decade, the largest conference in the field of optical trapping and optical micromanipulation. His initial paper on optical sorting has been cited over 500 times. His contributions to some of the earliest work on holographic optical tweezing, which provides a dexterous optical means of controlling micro- and nano-components, are also highly cited and these methods have seen widespread adoption. He is a recipient of a 2013 Homer L. Dodge citation for Distinguished Service to the AAPT, and has been elected to many leadership positions, including Chair of the AAPT Committee on Laboratories, and President of the Advanced Laboratory Physics Association (ALPhA). He has organized sessions at nearly every national AAPT meeting for a decade and, through ALPhA, instigated two national conferences on laboratory instruction, is co-lead on another planned for 2015, helped initiate the ALPhA Immersion faculty-staff training program, and the sale of ALPhA’s educationally priced single-photon detectors.