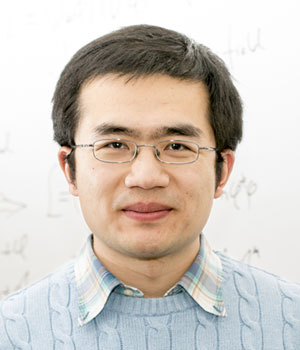 
Yuan Shi earned a B.Sc. degree in mathematics and physics from the University of Hong Kong in 2012, where he was a recipient of the Rosita King Ho Scholarship. He then earned his M.A. (2014) and Ph.D. (2018) in astrophysical sciences, Program in Plasma Physics, from Princeton University, where he was a recipient of the Carl Oberman Fellowship. At Princeton, he worked on laser diagnostics of Hall thrusters with Drs. Yevgeny Raitses and Ahmed Diallo, and gyrokinetic turbulence simulations with Prof. William Tang and Dr. Bei Wang, before completing his thesis on strong-field plasma physics under the direction of Prof. Nathaniel Fisch and Prof. Hong Qin. His Ph.D. thesis focused on the interface of plasma physics and quantum field theory. On the plasma physics side, he exploited magnetized plasmas as novel photonic media and unfolded the physics underlying magnetized laser-plasma interactions. On the quantum field theory side, he developed models to describe collective relativistic-quantum phenomena, such as laser-induced pair production, and created algorithms for simulating QED plasmas. Dr. Shi is a member of the American Physical Society since 2012. After graduating from Princeton, he joined the Lawrence Livermore National Laboratory as a Lawrence Fellow, where he continues to work on magnetized laser-plasma interactions. At Livermore, he also expands his research to examining dark-matter plasmas and designing algorithms for near-term quantum computers.