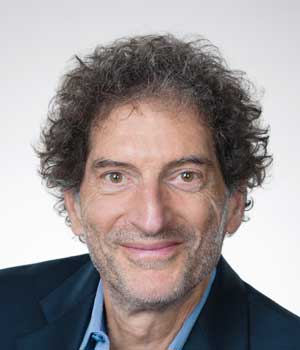 
"For leadership in transcending traditional disciplinary boundaries by applying and advancing deep concepts and methods of statistical physics to gain novel insights into diverse real-world phenomena."


Sid Redner received an A.B. in Physics with distinction from the University of California, Berkeley in 1972 and a physics Ph.D. from MIT in 1977. After a postdoc at the University of Toronto, he joined the Boston University physics faculty in 1978, where he remained until 2014. He served two terms as Acting Chair and one term as Department Chair. Since 2014, he has been a professor at the Santa Fe Institute. Sid's research in non-equilibrium statistical physics has focused on models of social dynamics, phase-ordering kinetics, aggregation and fragmentation processes, the structure of complex networks, as well as diffusion and first-passage processes and their applications. He has written nearly 300 journal articles and two books: the monograph "A Guide to First-Passage Processes" and the graduate text, jointly with P. L. Krapivsky and E. Ben-Naim, "A Kinetic View of Statistical Physics", both published by Cambridge University Press. Sid is a Fellow of the APS. He was a Visiting Scientist at Schlumberger Research and the Ulam Scholar in the CNLS at Los Alamos National Laboratory. He was also a visiting professor at Université Paul Sabatier in Toulouse, France, Université Paris 6, Institut Henri Poincaré in Paris, and Université Paris 11. He has served as a Divisional Associate Editor for Physical Review Letters, and as an Associate Editor for the Journal of Statistical Physics and the Journal of Statistical Mechanics.