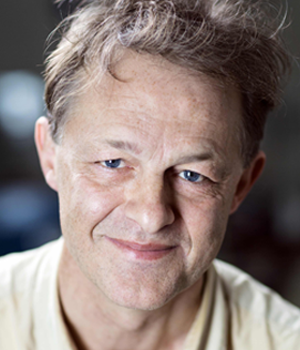 
"For seminal contributions to wetting of surfaces and interfacial hydrodynamics by revealing the physics of the phenomena through reduction to their simple core."


David Quéré graduated with an M.Sc. from ESPCI-Paris in 1985, spent one year in the French Navy (where he scrutinized the radioactive cloud of Chernobyl) and then obtained a Ph.D. from Université Pierre et Marie Curie, Paris, in 1989. He continued with a CNRS position, which successively lead him to the Physics Labs at Collège de France (until 2006) and to the Laboratoire de Physique et Mécanique des Milieux Hétérogènes at ESPCI (since). In 2006, he also became a Professor at École Polytechnique (Departments of Physics and Mechanics). He is engaged in experimental research in Soft Matter Physics and Fluid Mechanics, with a strong interest in interfacial hydrodynamics (drops, films, bubbles, coating, wicking) as well as in aerodynamics, morphogenesis and biomimetics, all topics on which he coworked with about 35 PhD students (the greatest chance in his scientific life). He also benefited from many collaborations, and especially from a long-term one with Christophe Clanet at Polytechnique. He is or was a scientific advisor at Saint-Gobain (Paris), Procter & Gamble (Cincinnati) and Nikon/Essilor (Tokyo), a coeditor at Europhysics Letters and an associate editor at Physical Review Fluids. He received the 2001 Ernest-Dechelle Prize of the Académie des Sciences (Paris), the 2014 Silver Medal of CNRS, and became a Distinguished Professor at ESPCI in 2016.