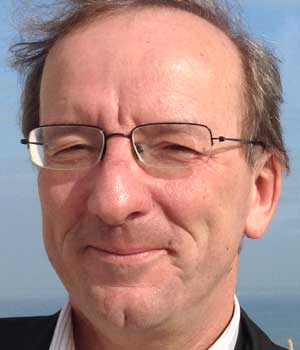 
"For experimental verification, through collaborative experiments, of a novel and highly efficient ion cyclotron resonance heating scenario for plasma heating and generation of energetic ions in magnetic fusion devices."


Jozef Ongena, Ph.D., is research director at the Laboratory for Plasma Physics of the Ecole Royale Militaire - Koninklijke Militaire School (LPP/ERM-KMS) in Brussels. Dr. Ongena completed his undergraduate and graduate studies in low temperature plasma physics at the University of Gent (Belgium), under the supervision of Professor Robert Bouciqué and Professor Willem Wieme, completing his Ph.D. on excimer formation in Krypton in 1985. In 1987, he joined the collaboration between LPP/ERM-KMS and the Institut für Plasmaphysik of the Forschungszentrum in Jülich (FZJ), Germany, working under then director, Professor Paul Vandenplas. He was actively involved in ICRH and NBI heating and confinement studies on the tokamak TEXTOR and, together with Dr. André Messiaen and Professor Roger Weynants, he pioneered the radiatively improved confinement mode (RI-Mode), obtained with impurity seeding using Ne, Ar and Si on TEXTOR. He also did experiments with impurity seeding on TFTR, DIII-D, Tore-Supra and JET. In 1999 he began a three-year assignment as task force leader on JET for the development of the H-Mode, followed by a year as the scientific assistant of the JET director, followed by five years as task force leader for heating studies. He is now project leader for the development of the ICRH system for the stellarator W7-X, in a collaborative effort between the Institute for Energy and Climate Research/Plasma Physics (IEK-4) in FZJ and LPP/ERM-KMS.