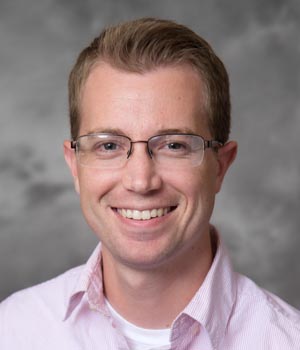 
Andrew Mugler received his BS in Physics at Harvey Mudd College in 2004, received his PhD in Physics at Columbia University in 2010, held postdoctoral positions at AMOLF Institute and Emory University, and began his Physics faculty position at Purdue University before moving to the University of Pittsburgh. His research focuses on deriving physical limits to biological precision and discovering physical laws for collective biological phenomena. He has worked in collaboration with many experimental groups, including biologists, physicists, chemists, and engineers. He was named a Simons Investigator in the Mathematical Modeling of Living Systems (2015) and is a recipient of the NSF CAREER Award (2021).