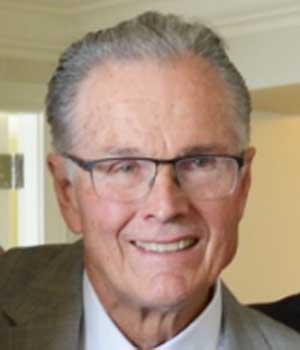 
"For the development of the Learning Assistant (LA) model and the associated LA Alliance, which has enhanced physics teacher education and recruitment, supported undergraduate course transformation, and physics instructor professional development."


Richard McCray received his B.S. in physics from Stanford University in 1959.  He taught physics at Harvard University from 1960 until 1963. He received a Ph.D. in physics from UCLA in 1967.  He was a postdoctoral fellow at Caltech from 1967-68 and an assistant professor at the Harvard College Observatory in Cambridge, Mass. (1968-71). In 1971, he moved to JILA at the University of Colorado– Boulder, where he is now an emeritus George Gamow Distinguished Professor of Astrophysics.

Prof. McCray's research is in the theory and observations of the dynamics of the interstellar gas and cosmic x-ray sources, supernovae and supernova remnants.  For the past 30 years, he has been deeply engaged in the study of the evolution of Supernova 1987A, through both theoretical modeling and observations with major observatories such as the Hubble Space Telescope, the Chandra x-ray Observatory, the Very Large Telescope and, most recently, the Atacama Large Millimeter array.

Prof. McCray is the recipient of the 1983 Dannie S. Heinemann Prize for Astrophysics of the American Physical Society and a 2002 National Science Foundation Director's Award for Distinguished Teaching Scholars. He was elected to the National Academy of Sciences in 1989.