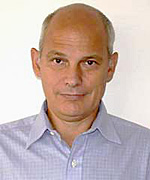 
"For outstanding theoretical contributions to the fundamental understanding of self-assembly of diblock copolymers and gels, and wetting."


Ludwik Leibler receied his PhD in 1976 in Theoretical Physics from Warsaw University, and then spent two years as a post-doctoral fellow at the College de France in Paris and Saclay, France. He is a researcher in Centre National de Recherche Scientifique (CNRS) which he joined first in Stasbourg than in Paris where he worked on theoretical and experimental aspects of polymer self-assembly and dynamics, interfaces, gels and charged polymers. From 1996 to 2003 he was the founding director of a joint laboratory between CNRS and chemical company Elf Atochem (later AROFINA) which regrouped researchers from academia and industry. In 2001 he became an Adjunct Professor of Soft Matter and Chemistry at Ecole Superieure de Physique et Chimie Industrielles in Paris where his research interests include influence of molecular disorder on mesoscopic structure and properties of polymer materials, impact resistance, fracture and adhesion, design of stimuli responsive materials and supramolecular chemistry.

Dr. Leibler is a Foreign Associate of National Academy of Engineering. Other distinctions include CNRS Silver Medal, French Polymer Society Prize, and France IBM Prize in Material Science. He is an associate editor of Macromolecules.