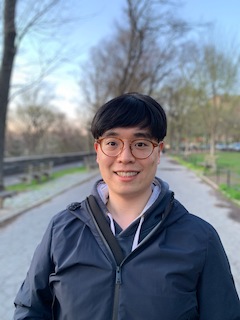 "For ground-breaking contributions to the computational treatment of electron correlations in molecular electronic structure theory."

Dr. Joonho Lee earned his B.S. in chemistry and physics in 2013 from Pohang University of Science and Technology, South Korea. He then moved to the United States to study as a Kwanjeong Educational Foundation fellow at Caltech where he earned his M.S. in chemistry under Prof. Thomas F. Miller III. Subsequently, he moved to UC Berkeley in 2015 and completed his Ph.D. work in chemistry in 2019 under Prof. Martin P. Head-Gordon. During his Ph.D., Joonho explored various aspects of quantum chemistry including regularized perturbation theory, coupled-cluster methods for strongly correlated systems, and cost-effective wavefunctions for quantum computations. Joonho is also an active developer of a commercial software Q-Chem and received the 2019 Michael Wormit award for his contributions. Towards the end of his Ph.D., Joonho was privileged to work with Dr. Miguel A. Morales and Dr. Fionn D. Malone as an intern at Lawrence Livermore National Laboratory where he worked on using quantum Monte Carlo for model solids. In September 2019, he joined the group of Prof. David R. Reichman at Columbia University as a postdoctoral research scholar where he is developing methods for condensed phase simulations with electron-phonon interactions. Joonho maintains an interest in electronic structure theory while trying to broaden his knowledge of quantum mechanics with applications towards quantum computing, condensed phase dynamics, and spectroscopy.