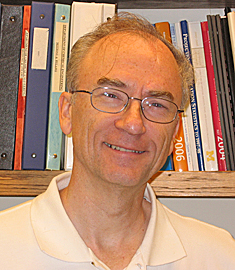 
Ronald Larson is the GG Brown Professor of Chemical Engineering at the Univ. of Michigan, and since 2014 has been the AH White Distinguished University Professor. He received a B.S in1975, an M.S. in 1977, and a Ph.D. in 1980, all in chemical engineering from the University of Minnesota. Before joining the University of Michigan in 1996, he worked for 17 years at Bell Laboratories in Murray Hill, New Jersey. Larson’s research interests include the structure and flow properties of soft matter, especially polymers, colloids, surfactant-containing fluids, liquid crystalline polymers, biological macromolecules such as DNA and proteins, and polyelectrolytes. He has written numerous scientific papers and two books on these subjects, including a 1998 textbook, “The Structure and Rheology of Complex Fluids.”  Larson was the President of the Society of Rheology (SOR) from 1997 to 1999, and served on the Executive Committee of that Society during the period 1991 to 2001. He is a Fellow of the American Physical Society (APS), and was Chairman of the Division of Polymers of the APS in 2010. He served as Chair of the Chemical Engineering Department of the University of Michigan from 2000 to 2008. He is also a member of the American Chemical Society (ACS), the American Association for the Advancement of Science (AAAS), and the American Institute for Chemical Engineers (AIChE). In 2000 he was awarded the Alpha Chi Sigma Award from the AICHE; and in 2002 he received the Bingham Medal from the Society of Rheology. He is a Fellow of the APS, a Fellow of the AICHE, and a member of the National Academy of Engineering.