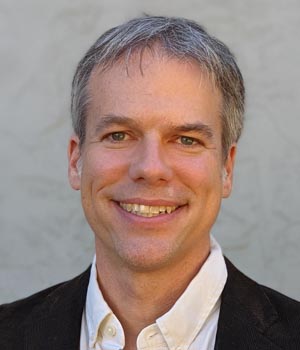 
Derek F. Jackson Kimball’s research uses techniques of experimental atomic physics for precision tests of the fundamental laws of physics. He works on a variety of projects to search for exotic spin-dependent interactions. A search for a spin-gravity coupling improved bounds for protons by three orders of magnitude. Another project focuses on development of levitated ferromagnetic torque sensors, devices that promise to greatly enhance sensitivity to spin-dependent interactions. He coordinates two international collaborations searching for ultralight bosonic dark matter fields: the Global Network of Optical Magnetometers for Exotic physics searches (GNOME) and the Cosmic Axion Spin Precession Experiment (CASPEr). Prof. Kimball earned his Bachelor’s degree in Physics and Mathematics in 1998 and his Ph.D. in 2005, both at the University of California at Berkeley under the mentorship of Prof. Dmitry Budker, with whom he has collaborated throughout his career. In 2005, he joined the faculty of California State University – East Bay where he has mentored more than 65 undergraduate research students, published three books and over 75 research papers. Prof. Kimball was the 2020-21 Chair of the APS Group on Precision Measurements and Fundamental Constants (GPMFC) and will chair the 2023 Atomic Physics Gordon Conference. He was named Cal State East Bay’s Outstanding Professor in 2012, elected an APS fellow in 2018, and received the 2019 Spitzer Distinguished Science Faculty Award.