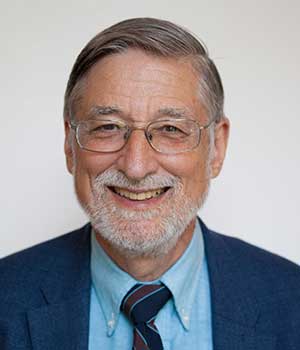 
"For his seminal contributions to theoretical condensed matter physics, especially his pioneering work on the role of topology in both classical and quantum systems."


Bertrand I. Halperin is the Hollis Professor of Mathematicks and Natural Philosophy, Emeritus, at Harvard University. He received his AB degree from Harvard in 1961, and his PhD from the University of California, Berkeley, in 1965. Following a postdoctoral year in Paris, he spent ten years at Bell Laboratories, and then joined the Harvard physics faculty in 1976. While Halperin’s early work centered on the singular behaviors of systems near a classical critical point and properties of systems with frozen disorder, his recent work has focused more on quantum properties of electrons in confined geometries, including especially two-dimensional electron systems in a strong magnetic field. Topological aspects of his work include the roles of dislocations and disclinations in two-dimensional melting, of vortices in the superfluid transition, and of edge states, fractional statistics, and emergent gauge fields in quantum Hall systems. Halperin is a member of the National Academy of Sciences and the American Philosophical Society, and a fellow of the American Academy of Arts and Sciences and the American Physical Society. His awards include the Buckley Prize and the Onsager Prize from the APS, the Dannie Heineman Prize of the Göttingen Akademie der Wissenschaften, the Lars Onsager Lecture and Medal of the Norwegian University of Science and Technology, an honorary doctorate from the Weizmann Institute of Science, the Lise Meitner Lecture and Medal, and the Wolf Prize in Physics.