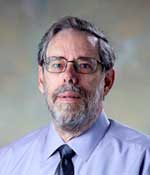 
"For establishing numerical simulation as a tool on equal footing with experiment and theory in the field of polymer science, as exemplified by seminal simulations of entangled polymer melt dynamics."


Gary Grest received this B.Sc. in 1971 and his Ph.D. in 1974 in physics from Louisiana State University. Following postdoctoral positions at Rutgers University and The University of Chicago he joined the faculty of physics at Purdue University in 1979.  In 1981 Gary was invited to join Exxon's Corporate Research Laboratories. Since 1998 Gray is a Distinguished Member of Technical Staff Sandia National Laboratories. In 2002, following 6 years as a division associate editor of PRL, Gary became the Editor of Physical Review E.  His recent research includes the studies of entangled polymers melts and networks, responsive polymer interfaces, polymer nanocomposites, and nanoparticle suspensions. A hallmark of his work has been identifying the time and length scales which are most significant in the physical systems and matching them to those accessible by numerical simulation. Gary is a recipient of the Weizmann, Sloan Foundation, and Senior Humboldt fellowships.  He is a Fellow of the American Physical Society and a member of the American Chemical Society. In 2008 he was elected to the US National Academy of Engineering and was awarded the APS Aneesur Rahman Prize for Computational Physics.