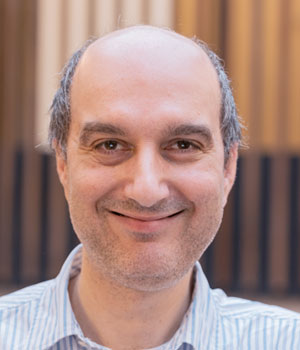 
Gianluca Gregori received his MS in Nuclear Engineering in 1997 from the University of Bologna, Italy, and in 2001 he obtained his Ph.D. in Mechanical Engineering from the University of Minnesota, Minneapolis, with a thesis on Thomson scattering diagnostics in thermal plasma jets. In 2002 he also received an MS in Astrophysics from the University of Minnesota, Minneapolis on a thesis related to magneto-hydrodynamics simulations of cloud-wind interactions in the interstellar medium. From 2001-2005 he was first a postdoctoral associate and then a staff scientist at the Lawrence Livermore National Laboratory, in the National Ignition Facility directorate where he has developed theoretical and experimental techniques for the characterization of dense plasmas using inelastic X-ray scattering. From 2005-2007 Gianluca was a senior scientist at the Rutherford Appleton Laboratory, in the Central Laser Facility, where he continued to work on X-ray characterization of strongly coupled plasmas. In 2007 he moved to the Department of Physics at the University of Oxford, and the college of Lady Margaret Hall. In 2012 He became Lecturer in Physics and Fellow of Lady Margaret Hall and in 2013 he was promoted to Professor in Physics. While in Oxford, Gianluca has run a research group focussing on both the microscopic measurement of highly compressed matter and the generation and amplification of magnetic fields by plasma turbulent processes. More recently he has also expanded his interests in laboratory astroparticle physics. In 2014 he won the Edouard Fabre International Scientific prize for contribution to the physics of inertial fusion and laser-produced plasmas. Gianluca was previously awarded the John Dawson Award for Excellence in Plasma Physics in 2019 for his work on turbulent dynamo. He was elected Fellow of the American Physical Society in 2016, and Fellow of the Institute of Physics in 2017.