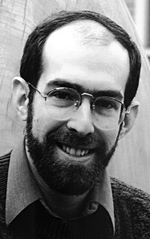 
"For the discovery and elucidation of the physics of the Kondo Effect in Single Electron Transistors."


David Goldhaber-Gordon received an AB in physics magna cum laude and an AM in history of science, both from Harvard University in 1994. He then pursued graduate studies in physics under Marc Kastner at the Massachusetts Institute of Technology, where he was a Karl Taylor Compton Fellow and a Fannie and John Hertz Foundation Graduate Fellow.During his graduate work, he spent a crucial year at Israel's Weizmann Institute, working with Udi Meirav in the Braun Center for Submicron Research. After receiving his Ph.D. from MIT in 1999, he made the long trip back upstream as a junior fellow and chocolate steward of the Harvard Society of Fellows. In September 2001, David began as an Assistant Professor in the Department of Physics and the Geballe Laboratory for Advanced Materials at Stanford University. At Stanford, he has been honored as an Office of Naval Research Young Investigator. As of this writing, the cement is still drying in his new laboratory.

In addition to studying quantum phenomena in mesoscopic semiconductor structures, David has a strong interest in applications of nanoelectronics. His collaborative review article on nanodevices for computing received an award from the MITRE Corporation as their best paper of 1997.