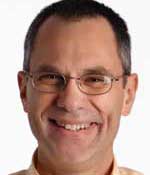 
"For pioneering fundamental studies of dynamics in polymer glasses."


Mark Ediger received a B.A. in Chemistry and Mathematics from Bethel College (KS) in 1979 and a Ph.D. in Chemistry from Stanford University in 1984 under the direction of M.D. Fayer. Since 1984 he has been on the faculty of the University of Wisconsin-Madison, where he is currently the Hyuk Yu Professor of Chemistry. He heads a research group studying the properties of glassforming materials, including polymers and also molecular glasses produced by physical vapor deposition. He was the recipient of the Dillon Medal of the Division of Polymer Physics of American Physical Society (1993) and currently serves on the APS Council. He is a fellow of the APS and AAAS. In 2013, he was the recipient of the Joel Henry Hildebrand Award in the Theoretical and Experimental Chemistry of Liquids, from the American Chemical Society.