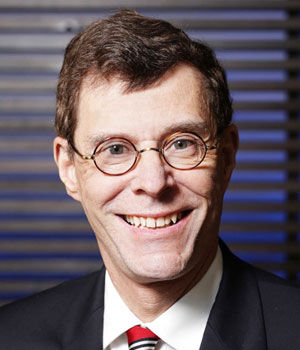 Robert W. Boyd was in Buffalo, NY, USA. He received the B.S. degree in physics from MIT in 1969 and the Ph.D. degree in physics from the University of California at Berkeley in 1977. His Ph.D. thesis was supervised by Charles Townes and involves the use of nonlinear optical techniques in infrared astronomy. Professor Boyd joined the faculty of the University of Rochester in 1977, and in 2001 became the M Parker Givens Professor of Optics and Professor of Physics. In 2010, he became Professor of Physics and Canada Excellence Research Chair in Quantum Nonlinear Optics at the University of Ottawa. His research interests include studies of “slow” and “fast” light propagation, quantum imaging techniques, nonlinear optical interactions, and the development of photonic devices. He has written two books, co-edited three anthologies, published over 400 research papers (≈39,000 citations, Google h-index 89), and been awarded ten patents. He has received the Arthur L. Schawlow Prize in Laser Science of the APS, the Charles Hard Townes Award of OSA, the Quantum Electronics Award of the IEEE Photonics Society, a Humboldt Research Award, and the Willis E. Lamb Award for Laser Science and Quantum Optics. Prof. Boyd is a fellow of AAAS, APS, OSA, IEEE, and SPIE, and is a corresponding member of the Heidelberg Academy of Sciences and Humanities. He is a past chair of the Division of Laser Science of APS and has been a member of the Board of Directors of OSA