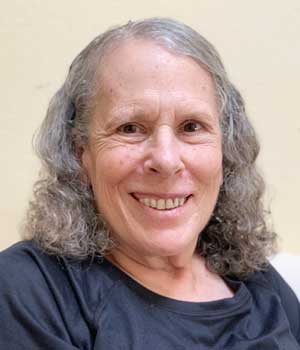 
"For supporting and expanding the community of scientists engaged in gravitational-wave research, and for fostering an international network of researchers devoted to theory and experimentation."


Beverly K. Berger retired from the National Science Foundation at the end of 2011 after 10 years as Program Director for Gravitational Physics. Previously, she had spent 24 years as a faculty member in the Physics Department at Oakland University (MI), eventually becoming professor and chair. She received a B.S. in Physics at the University of Rochester in 1967 and a Ph.D. in Physics at the University of Maryland in 1972 working on cosmological graviton creation. Her research in gravitational theory touches several areas, mostly exploring the classical and quantum mechanical behavior of mathematical cosmologies. She joined the LIGO Scientific Collaboration (LSC) in 2012 and is now part of the Stanford University LIGO Group where she focuses on detector characterization and noise hunting. In 1995, she founded the APS Topical Group in Gravitation and currently represents the now Division of Gravitational Physics on the APS Council, also serving on the APS Board of Directors. She is a Fellow of the APS and the AAAS. She also serves on a number of advisory committees including as chair of the LIGO Program Advisory Committee and as past chair of the Albert Einstein Institute Scientific Advisory Committee. She has served as the Secretary of the International Society on General Relativity and Gravitation since mid-2010 and represents the Society on the Gravitational Wave International Committee and on the US Liaison Committee to IUPAP. As a part of the LSC, she shared in a number of prizes including the 2016 Special Breakthrough Prize in Fundamental Physics.