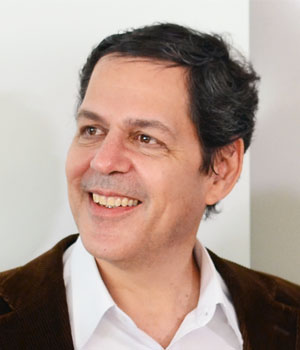 "For pioneering and decisive contributions to the development and successful implementation of analysis techniques required to detect and interpret gravitational-wave signals."


Allen originally planned to study electrical engineering, but got interested in physics and relativity the summer before going to MIT. He graduated Phi Beta Kappa in Physics in 1980, with an experimental thesis supervised by Rainer Weiss. As part of this, Allen built a liquid-helium cooled 10 GHz intensity interferometer and horn antenna which carried out a Hanbury-Brown-Twiss experiment on the CMB. Allen received a Marshall Scholarship to study at Cambridge University, where he was awarded a PhD in 1984. To the dismay of his undergraduate advisor, he shifted to theory. His thesis, supervised by Stephen Hawking, was about vacuum energy in general relativity. After postdocs at UC Santa Barbara, Tufts University, and the Observatoire de Paris - Meudon, Allen joined the faculty of the University of Wisconsin - Milwaukee in 1989, where he was promoted to Associate and then Full Professor. Allen worked on early-universe cosmology (inflation and cosmic strings) and curved-space quantum field theory, and got interested in gravitational waves as a way of observing the early universe. Following extended visits to Caltech and the LIGO Lab in the mid-1990s, Allen built research groups which developed and implemented some of the key methods used in the calibration and analysis of LIGO data. In 2004 Allen founded the volunteer distributed computing project "Einstein@Home", which he continues to direct, which searches for new neutron stars using gravitational wave, radio and gamma-ray data. In 2007 Allen was appointed as a Director of the Max Planck Institute for Gravitational Physics in Hannover, Germany. Allen is a Fellow of the APS, the IOP and the IEEE, and a member of the IAU. He has received the Knight Prize, first Prize from the Gravity Research Foundation, and the Friedrich Wilhelm Bessel Award, and has shared in many other prizes awarded for the discovery of gravitational waves.