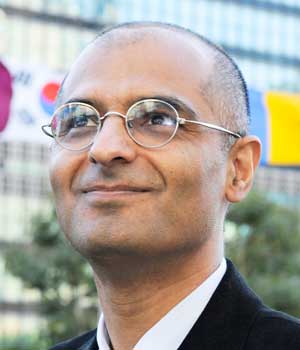 
Zia Mian co-directs Princeton University's Program on Science and Global Security, part of the Woodrow Wilson School of Public and International Affairs, where he has worked since 1997. His work focuses on nuclear disarmament, arms control and nonproliferation, fissile materials, particularly in South Asia. He is co-chair of the International Panel on Fissile Materials (IPFM), a group of independent technical and policy experts from sixteen countries working to reduce global stockpiles of nuclear weapon-useable material. He also co-edits Science & Global Security, an international journal of technical analysis for arms control, disarmament and nonproliferation policy. He received his B.Sc. in physics from the University of London in 1982 and his Ph.D. in physics from the University of Newcastle-upon-Tyne in 1991. He is co-author with Harold Feiveson, Alexander Glaser and Frank von Hippel of Unmaking the Bomb: A Fissile Material Approach to Nuclear Disarmament and Nonproliferation (MIT Press, 2014). He received the 2014 Linus Pauling Legacy Award for “his accomplishments as a scientist and as a peace activist in contributing to the global effort for nuclear disarmament and for a more peaceful world.” In 2017, he was appointed as a non-resident fellow at the United Nations Institute for Disarmament Research. He serves on the board of the Arms Control Association.