On November 14, 2005, Case Western Reserve University in Cleveland held a celebration both of the World Year of Physics and of the centennial of their physics building. As part of the festivities, the American Physical Society presented a plaque commemorating CWRU as a historic physics site, in honor of the Michelson-Morley experiment that took place there is 1887.

To measure the velocity of the Earth through the ether by measuring how the light changed, Albert Michelson (1852-1931) designed a device known now as an interferometer. It sent the beam from a single source of light through a half-silvered mirror that was used to split it into two beams traveling at right angles to one another. After leaving the splitter, the beams traveled out to the ends of long arms where they were reflected back to the middle by small mirrors. They then recombined on the far side of the splitter in an eyepiece, producing a pattern of constructive and destructive interference based on the length of the arms. Any slight change in the amount of time the beams spent in transit would then be observed as a shift in the positions of the interference fringes.

Michelson had done a preliminary version of the experiment in 1881. After accepting a position at Case School of Applied Science in Cleveland, he began a collaboration with Edward Morley, a professor of chemistry at neighboring Western Reserve College. The apparatus they built floated in a trough of mercury, which allowed it to be rotated slowly. As it rotated, according to the ether theory the speed of light in each of the two perpendicular arms would change, causing a shift in the interference pattern. The results of the experiment indicated a shift consistent with zero, and certainly less than a twentieth of the shift expected if the Earth’s velocity in orbit around the sun was the same as its velocity through the ether.

Other versions of the experiment were carried out with increasing sophistication, but the Michelson-Morley measurements were the first with sufficient accuracy to challenge the existence of the ether. The explanation of their null result awaited the insights provided by Einstein’s theory of special relativity in 1905. 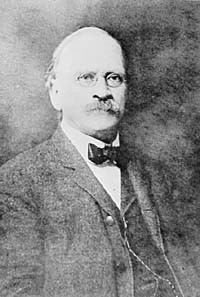 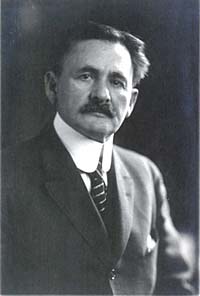