A Happy Accident
Born and raised in the Philippines, December worked diligently in grade school and performed well; however, she had not yet discovered her love for science. She had learned to focus on her studies to later make a living rather than to explore her passions, and she lacked scientific role models. December calls her start in physics a “happy accident”; she was accepted to a rigorous, all-scholarship high school in the Philippines where she studied four hours of science and math every day.

December became enthralled by the energy of physics. To her, the subject felt more like a “contact sport” than chemistry, which required more carefulness, or biology, which required more concentration. She worked on her physics homework standing up because she found it easier to think about the problems. Her excitement caused her to be reprimanded in her physics classes for talking too much, although she always stayed on topic.

Finding Opportunity in College
December’s rigorous high school education eased her transition to college in the U.S. Her strong physics background allowed her to immediately take on several part-time jobs without falling behind in her classes. She found that becoming part of a physics study group early in college also fueled her success. Although few physics majors were women, December felt supported in the department; she had a professor that would regularly invite women in physics over for dinner, and December made lasting friendships in the group.

Throughout college, December enjoyed astrophysics, but she knew she desired a career outside academia. One night, she attended a recruiting event put on by an organization she was involved in, a nonprofit for supporting women in science. Employees from a startup biotechnology company spoke about their work involving protein microchips, which sparked December’s interest. After their presentation, she struck up a conversation with a scientist from the company that landed her an interview and her first industry job.

Discovering a New Passion
Years later, December moved into hardware engineering, where she helped to design and launch a medical device for monitoring HIV/AIDS in resource-limited countries. She loved being able to help people, and she was invigorated by the scientific community she worked in. “You’re surrounded by a group of people who are very accepting of integrating difficult concepts… [Scientists and engineers] never say ‘when am I ever going to use this?’... Even if you never use [these concepts] in your career, as long as you’re training yourself to think critically, it’s not a waste of time,” December says. “This mentality is one I love and know I share with people in science.“

Outside of work, December is an avid surfer. As she began to travel internationally to pursue this hobby, she realized that she wanted to access the communities she visited at a deeper level than as a tourist. Acknowledging her enthusiasm, December’s company sponsored a service trip for her to work abroad as a writer at a cervical cancer clinic. Since then, she has volunteered in Uganda, Rwanda, and several other countries teaching science and English, supporting NGOs, and helping out however she can.

These volunteer experiences led December to become interested in a career in global development with strong social responsibility. When she hit a crossroads at her hardware engineering job, she decided to explore a new career path that would allow her to combine her passions.

Transitioning to Project Management
December found a job as a full-time project manager at Stryker’s Neurovascular division where she remains today. Her team is currently working on a device to treat brain aneurysms and stroke. Though December’s management job is much different from engineering, she still uses the critical thinking skills and discipline learned through physics to quickly integrate difficult concepts and manage her large team spread across two continents. December monitors the project budget, works with stakeholders, confirms that regulations are being followed, and ensures that team members are performing well and are satisfied with their careers. “Being able to run projects in the medical device industry is a really nice way for me to feel like I’m feeding my soul with things I’m passionate about, while staying true to what I’m strong at,” December says.

Working on medical devices to first treat infectious diseases, and now, strokes, has allowed December to feel that she is making a difference in the world. “I feel like there is nobody that I’ve met that hasn’t been touched by stroke one way or the other… it’s such a rewarding industry to be in, and that excites me.” December gets to visit hospitals where devices her teams have worked on are being put to use. “The biggest driver I have every day is being able to make [a meaningful] connection out in the world to the work that I do,” she says.

Allow Your Career Dreams to Change
“Do not allow yourself to be defined by the dreams that you have when you’re 20 or 25… you’re going to be a sum total of those dreams you pick up along the way,” December says. As a college student, December was unsure of the direction her career would take. Had she remained an engineer, she would not have found her current job that incorporates her passions. “The things you think you’ll end up doing as a career will always change,” she says. “You just have to trust the process.”

December emphasizes the importance of arming yourself with skills that allow you to access your passions. “Don’t apologize for the life path that you form for yourself. You may not remain in physics, but if you pursue something that is important to you and feeds your soul and uses a lot of your tools in your toolbox… that’s exactly where you need to be,” she advises.

Develop Strong Communication Skills
Careers like December’s require effective and efficient communication. Although scientists also need strong communication skills, the application of those skills differs from that of a project manager. December found that as a scientist, she had very dedicated time to concentrate on one project, but now, she works with a large team on various topics, and she has to communicate very quickly. “An engineer could talk to me for three hours at the end of the day, [but with strong communication skills,] it gets distilled into one salient sentence… that kind of skill is important,” she says. December participates in speech contests through Toastmasters International to work on honing that skill. 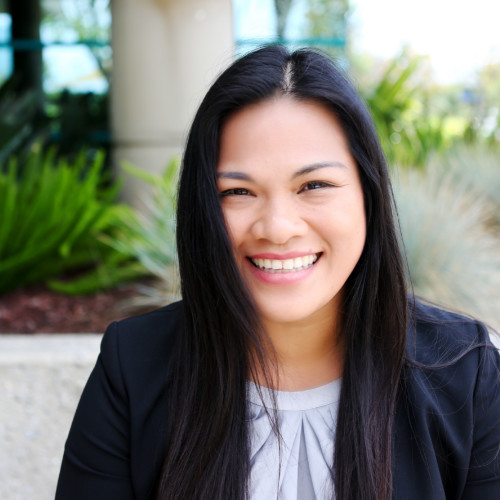