The membership of the Committee on the Status of Women in Physics typically consists of nine (9) persons selected by the Committee on Committees and appointed by the President-Elect to staggered three-year terms. The President-Elect appoints the Chair from among the members. This Committee addresses the production, retention, and career development of women physicists and gathers and maintains data on women in physics in support of these objectives. It may recommend and supervise studies and programs relevant to this charge. It reports annually to Council.

The Committee on the Status of Women in Physics (CSWP) was founded in 1972 to address the encouragement and career development of women physicists. The Committee consists of nine volunteer members appointed by the President of the APS. Throughout its history, CSWP has been an active sponsor of studies, programs and publications to foster women in physics. Details on current programs can be found in the Women in Physics. Annual reports on past activities are linked below. 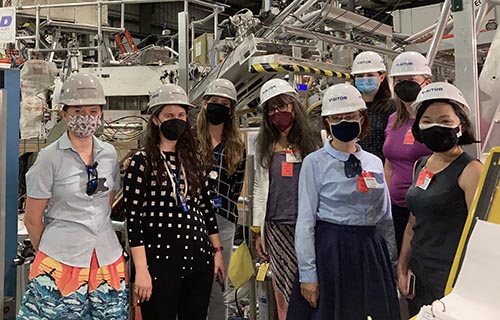 The American Physical Society is a volunteer-driven organization. Since 1899, physicists have contributed their time and resources to running the APS in cooperation with a minimal full-time staff. Volunteers are the backbone of the Society. They form the character and direct the Society's progress and development. All APS committees operate on a calendar year basis and committee terms run from January 1 through December 31.