Quantum Mechanics as a Stimulus for American Theoretical Physics

Note: This article is adapted from an essay selected as a runner-up in the APS Forum on the History of Physics Essay Contest. The full essay is available on the FHP website.

The heroes of seminal quantum theory were almost exclusively European. Munich, Göttingen, and Copenhagen dominated the early developments of quantum mechanics, most notably the Bohr model of hydrogen, matrix mechanics, and the Heisenberg uncertainty principle. Quite simply, “The principal language of quantum mechanics was German” [2]. While Europe dominated quantum theory, pragmatic American universities like Caltech excelled in experimental physics [3]. In the late 1920s, however, the growing American appetite and capacity for theory heralded a shift in the quantum center of gravity.

Before the 1920s, U.S. institutions were not structured to appreciate or accommodate basic theoretical physics research. The national ethos was to focus on matters of practical utility, placing “a relatively low value on work that was not immediately useful or profitable” [1]. This perhaps explains why pragmatically minded American experimentalists were “world-renowned,” their “experimental competence and achievements rank[ing] high by any standards” [1]. Top American universities such as Caltech and the University of Chicago boasted adept laboratory physicists, having collectively housed three Nobel Prize winners in a span of just over two decades [4]. In contrast, nurturing theorists of a similar caliber faced logistical obstacles, among them a lack of funding, geographic isolation from European hubs of quantum theory, and professors who garnered respect as teachers but not research scientists. [1] John Slater at Harvard and Frank Hoyt at the University of Chicago bemoaned that their academic seclusion from Europe was a handicap; unlike Germans and Danes, Americans “normally had to wait at least one additional month until they could read the articles in German physics journals” [1]. While this would not typically be a prohibitive delay, nascent quantum mechanics developed at a breakneck pace, and European theorists’ month-long head start was difficult to overcome. 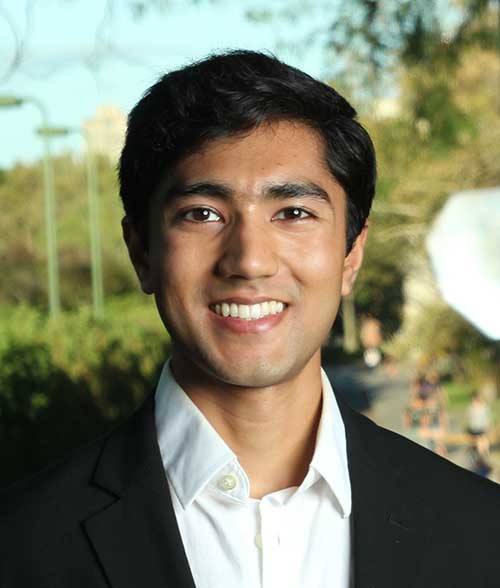 Despite these shortcomings, the promise of developing the new quantum mechanics motivated a wave of young American physicists to pursue theory, perhaps because “So many of the main contributors” whose work Americans emulated “were still in their twenties” [2]. Additionally, reputation was at stake: The advent of new quantum theory made it apparent to some Americans that “Their university departments would have to develop strong theoretical components, especially in quantum theory, if the experimental sections were to retain their vitality” [1].

The surge of interest in quantum theory among American physicists prompted new research funding that enabled institutional changes, such as postdoctoral fellowships and the creation of research centers like the Institute for Advanced Study that could attract a critical mass of theorists together to collaborate. Importantly, the camaraderie World War I had built between moneyed “philanthropic, industrial, and government officials” and academics who had been consultants on wartime technologies harnessed a sense of trust that “projects without immediate practical applications” could nonetheless be worthwhile [1]. The Rockefeller and Guggenheim Foundations gave funds for prestigious fellowships that gave newly minted, competitively selected American physicists the opportunity to tackle open research problems immediately upon earning their degrees [1]. At Princeton, philanthropists Louis and Caroline Bamberger endowed the Institute for Advanced Study with a $5 million gift, creating an institution whose pursuit of knowledge had “no view to its immediate utility” [5].

On account of these funds and the departure from the strictly practical culture of pre-1920s experimental physics, American theoretical physics became a viable career for the first time. Physicists made effective use of this new funding by traveling between the U.S. and the centers of quantum theory in Europe. Wickliffe Rose of Rockefeller’s General Education Board established a research exchange between American and European scientists, typically experimentalists, so that each could learn from the other’s comparative advantage: theory in Europe, and “superior American equipment” in the U.S. [1]. Funded exchanges facilitated academic cross-pollination that alleviated some of the chronic “isolation felt by almost every quantum theorist in America until the late 1920s” [1].

For those who did not leave the U.S., the free flow of researchers also helped maintain excitement about the development of quantum theory. Some Americans did not even need to travel abroad to discuss the day’s physics headlines, as Robert Millikan “soon arranged to have at least one leading European theorist visit Caltech every year to lecture and to participate in research” [1]. Pioneers of quantum theory visited the Pasadena campus so that Caltech physicists could stay apprised of key developments in atomic theory and radiation. Even Einstein, who by the 1930s was already a celebrity, lectured at Caltech during the winter terms from 1931-1933 [6]. Similarly, on the other coast, Max Born lectured at MIT from 1925-1926 and kept its physicists abreast of the ongoing developments [2]. Werner Heisenberg himself even came to America in 1929 as a missionary for the gospel of the Copenhagen geist, though he did not sway many Americans from their focus on phenomenology [7].

Underpinning the modernization of American theoretical physics research were scholar-politicians, reputable intellectuals who brought foreign research talent to the American academic job market and created a comprehensive quantum mechanics curriculum. In doing so, they restructured American universities to foster discoveries in quantum theory. The famed European physicists who lectured at Caltech “were drawn to Pasadena by Millikan’s fame, charm, and persistence,” and were further incentivized by substantial compensation from external donors [1]. Each leading American institution had its champion for the development of competitive theory departments: John Tate at the University of Minnesota, Arthur Compton at the University of Chicago, Harrison Randall at the University of Michigan, and so on [1].

Thanks to the new outpouring of American research funds, scholar-administrators could afford to reel in “big fish” from Europe. These administrators, adept scientists in their own right, “obtained permanent positions at their universities for over a dozen of the most accomplished European theorists” [1]. Some academic leaders exploited the free flow of physicists between Europe and the U.S. by attracting and facilitating emigration to the U.S. by Jewish physicists and others marginalized in Europe by “static academic hierarchies” and Jewish faculty quotas [1]. These foreign physicists were often compelled to leave their home countries to avoid persecution, although it should be noted that the U.S. did not entirely welcome Jews and other minorities either, enacting immigration quotas targeted especially at Jews and East Asians in the Immigration Act of 1924 [8]. Nonetheless, physics department leaders and administrators persistently recruited top foreign talent to their departments.

The influx of stalwart theorists to the U.S. from abroad transformed American universities into venerable powerhouses of quantum theory within the span of a few years. Among the emigrants that improved the standing of American theoretical physics were Samuel Goudsmit and George Uhlenbeck, who came to the University of Michigan. The Dutchmen had famously discovered electron spin, a property that had at first been misunderstood by even Wolfgang Pauli [1]. Princeton also welcomed two Hungarians, Eugene Wigner and John von Neumann. Wigner later won the Nobel Prize in Physics for, inter alia, his study of the strong nuclear force and quantum mechanical symmetries, which he carried out shortly after coming to the U.S. [4]. While at Princeton, von Neumann crafted his magnum opus, Mathematical Foundations of Quantum Mechanics, widely considered “the most comprehensive mathematical explanation of quantum theory” [1].

Scholar-administrators also created original coursework in quantum mechanics so that their students could graduate with a working knowledge of modern developments, and thus paved the way for comprehensive American theoretical physics training. For physicists such as Slater at MIT, this was “a matter of both personal and national independence” [3]. Slater created MIT Course 8, developing lecture notes on atomic spectra and spin physics. Similar curricular development began as early as 1919, when Harvard’s Edward Kemble first taught a course on quantum theory [1]. A decade later, the prominent physicists of the day started to generate new pedagogy in earnest, creating extensive graduate courses on quantum mechanics and shortly thereafter on the early results in quantum field theory. With this curriculum, American-trained physicists were equipped to make original contributions to quantum theory.

Once these American physicists had effectively promulgated quantum mechanics to a generation of young scientists such as William Shockley of Bell Labs and Robert Bacher of the Manhattan Project, they in turn developed new techniques and applications of quantum theory, as in the case of Slater’s influential work in quantum chemistry [3]. Unlike some European counterparts, Americans largely retained their “pragmatic-positivist philosophy,” perhaps because it aligned with American sensibilities derived from a tradition of observable, experimental physics [7]. These American theorists thus not only sowed the seeds of theoretical physics institutions in the U.S., but also contributed volumes to the later development of quantum theory, as in the case of quantum electrodynamics by Richard Feynman and Julian Schwinger. American theoretical physics was born out of the quantum revolution that began in Europe, but has now lived and thrived in the United States for almost a century.

The author is a senior studying physics, mathematics, and computer science at the Massachusetts Institute of Technology.

3. Schweber, S. 1990. The Young John Clarke Slater and the Development of Quantum Chemistry. Historical Studies in the Physical and Biological Sciences 20: 339-406.

The Back Page is a forum for member commentary and opinion. The views expressed are not necessarily those of APS. APS News welcomes and encourages letters and submissions from APS members responding to these and other issues. Responses may be sent to: letters@aps.org